It was my first time to witness and listen to a truth telling activity. Relatives of victims of enforced disappearances one by one took turns in narrating what they think and remember about their loved ones before they were disappeared.  It was indeed a heart breaking scene.  The cases were somehow old stories for human rights advocates like us but they never failed to touch and break my hearth.  I already know, but I never thought that I would be more affected by the feeling of uncertainty of the victims’ where about when their stories are being told by the families of the victims themselves.

I learned from Darwin, one of our colleagues from AFAD that the annual IWD was based on a tradition that started in Latin America by Nuns and mothers of victims of enforced disappearance. 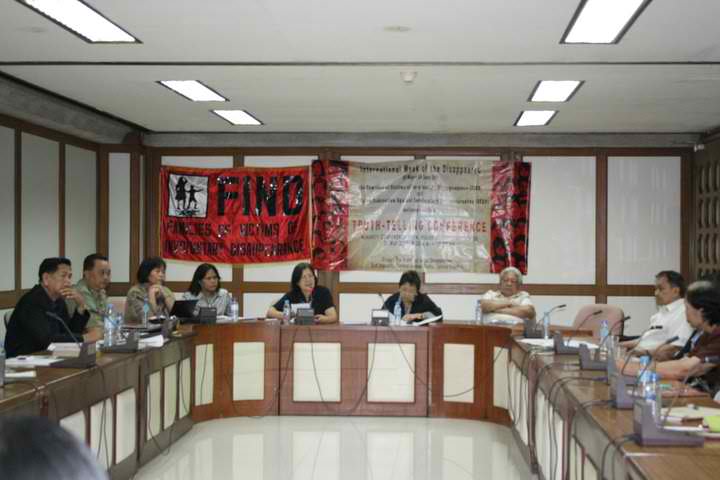 The Truth-Telling Conference was held in a conference room in the House of Representatives. 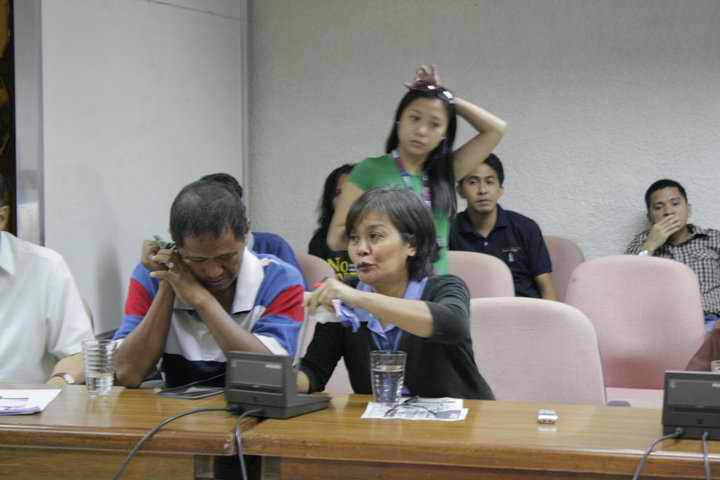 Mr. Butch and Mrs. Cora Fortuna narrate their untiring search for their son Daryl who was disappeared since March of 2010. 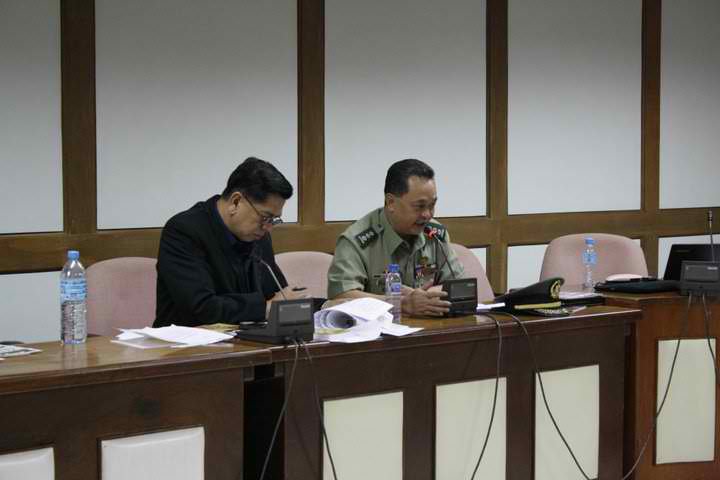 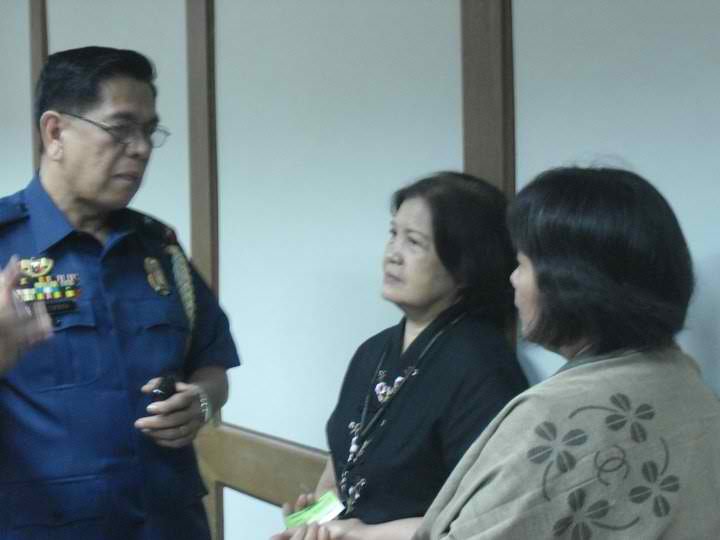 Mr. Louie Crismo, member of FIND tells his story of his disappeared brother during Martial Law. Photo by FIND

The Week long commemoration started with an opening Caravan at the Quezon City Memorial Circle last May 29, 2011.  It was participated by tricycles that are members of Pagkakaisa ng Manggagawa sa Transportasyon (PMT) and families and advocates including us.

Members of PMT, FIND, AFAD and other Human Rights NGOs in a Caravan calling for the enactment of the Anti Enforced Disappearance Law and Ratification of the Convention. Photo by Richie Supan.

FIND and AFAD banners of faces of victims of enforced disappearance on lamp posts around QC Circle. Photo by Egay

Fr. Robert Reyes with children of desaparecidos. Photo by Egay 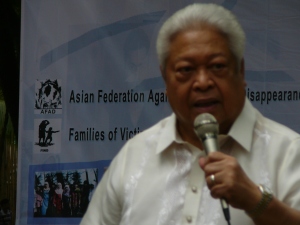 The IWD commemoration culminated with a dinner discussion held in Kowloon Restaurant in Matalino Street in Quezon City, June 3, 2011. It was also in lined with AFAD’s 13th Anniversary in June 4, 2011 and the relaunch of the Coalition Against Enforced Disappearance (CAED) through commitment signing by human rights defenders.

Members of SAD. Photo by AFAD

Truth hurts but truth shall set us free. HRonlinePH is one with families and victims of human rights violations in calling for the State to respect and protect the right not to be disappeared.