Posted on February 10, 2014 by Human Rights Online Philippines One comment

Do you agree that Republic Act 10175, otherwise known as the Cybercrime Prevention Act of 2012 is needed to fight child pornography and protect children?

Tell us what you think… Join #HumanRightsPolls. 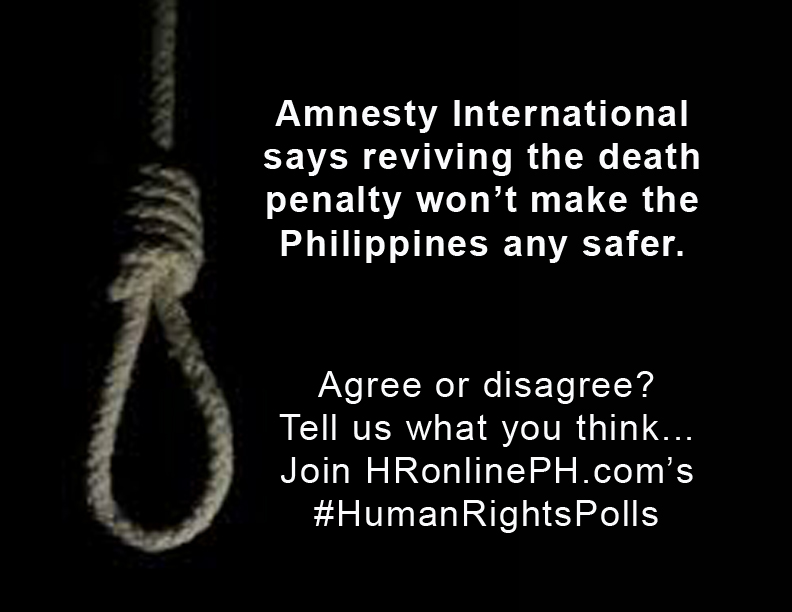 Revival of the death penalty “due to an alarming upsurge of crimes” is counter-progressive, Amnesty International Philippines said today following the filing of two bills in the Philippine Senate and Congress – Senate Bill 2080 seeking to repeal Republic Act 9346 which prohibits the imposition of the death penalty and House Bill 1213 imposing the death penalty on foreigners found guilty of drug trafficking.

“Any move to revive the death penalty in the Philippines is a retrograde step and a serious setback for human rights in the country. And it does not even guarantee us of a safer Philippines,” said Dr. Aurora Parong, Director of Amnesty International Philippines.

The human rights group criticized both bills as an attempt to “quickly fix” crime when on the contrary there has never been any convincing evidence to support the argument that the death penalty prevents crime more effectively than other punishments. 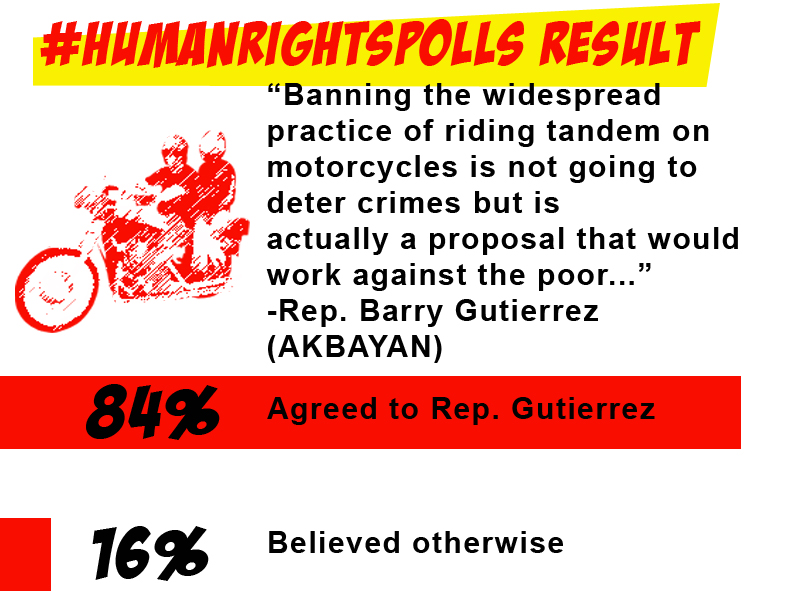 [Poll] Banning riding tandem on motorcycles would work against the poor… 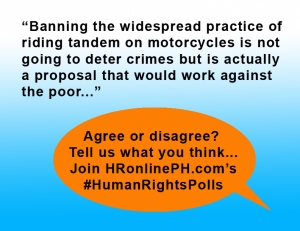 “Banning the widespread practice of riding tandem on motorcycles is not going to deter crimes but is actually a proposal that would work against the poor, Akbayan Representative Ibarra Gutierrez said Saturday.” Source newsinfo.inquirer.net

Agree or Disagree? Share us what you think join our weekly poll.