I refer to Maureen Callahan’s “The sex-obsessed world of Brunei”, The New York Post, May 10th with regard to the so-called sultan of Brunei, Hassanal Bolkiah’s sudden, out of nowhere, truly out of this world and undeniably ridiculous decision of implementing sharia law to his nation. 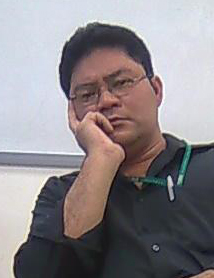 I condemn on behalf of Humanity the barbarism and primitivism of the so-called sultan of Brunei’s institution of sharia law into his nation.

Though the so-called sultan is the leader of his nation, I doubt if he and his cohorts can simply enact laws just like that and some more, arbitrarily.

Stoning to death? Wow! Are you kidding me? Mr. so-called sultan, it is already the new millennium, welcome to 2014! You want your mediaeval and barbaric laws of the lost primitive world, then, do apply it to yourself and your so-called “royal” family, especially your maniac and lecherous brothers and leave the people of Brunei alone!

Question of Due Notice and Procedure of Public Consultation

Does it mean that because he is the so-called sultan, he does not need to consult his people and get their consent with regard to these draconian barbaric laws?

Does the Quran allows a leader unlimited powers to the prejudice of his people?

I do not know whether the so-called sultan is drunk or under the influence of drugs, but did he forget that his nation is member of the Association of the Southeast Asian Nation (ASEAN) in this region in particular and the international community in general?

Does the so-called sultan forgotten that his nation as a member of the ASEAN has adopted on November of 2012 the Human Rights Accord?

Didn’t he know that his outrageous and preposterous sharia law is a grave violation of the said ASEAN Human Rights Accord?

Didn’t he also know that his stupid and idiotic sharia law is a fatal, brutal and extreme violation of the International Declaration of Human Rights approved and sanctioned as an International Law by the United Nations?

How would that moronic so-called sultan reconcile those international laws, agreements, convention to that of their local laws to that of his super barbaric sharia law?

I am wondering did he not put into consideration what would be the reaction of the world with regard to his utterly sweeping modification of his nation’s laws and statutes?

Didn’t the so-called sultan realized that majority of the civilized world today did not approve of his primitive, barbaric and undeniably inhumane laws?

If that so-called abnormal sultan will proceed with his implementation of sharia law, then the international community and the world in general will condemn him, as a pervert and as a bigot idiot and his poor country as a failed, bastard and a pariah state!

As lucidly narrated by the report:

“Under Sharia law, the following is considered criminal behavior, punishable by fines, jail, amputation of limbs, public flogging or death by stoning: absence from Friday prayer services; becoming pregnant out of wedlock; wearing indecent clothing, and for women, refusal to wear a hijab; employing a non-Muslim babysitter; the use of the word “Allah” by Christians and the discussion of faith by any non-Muslims; publicly eating or drinking during Ramadan; theft; homosexuality; and adultery.”

What is the moral authority or ethical ascendancy of the so-called sultan to implement sharia law when in fact and in truth the whole world perfectly knows that he and his brothers are bastard sexual predators, drunkards, adulterers and maniacs of the lowest order?

Do I need to list here all of their transgressions and animalistic behavior — through the years?

The so-called sultan and his lecherous evil cohorts in view are the greatest hypocrites and bastards of all time.

Consider the words of justification of that maniac so-called sultan with regard to his version of sharia:

“Theory states that Allah’s law is cruel and unfair, but Allah himself has said that his law is indeed fair.”

That is bloody stupid and extremely preposterous! The so-called sultan is trapped into an extreme impertinent contradiction!

If the theory states that the law is cruel, then logic will tell you, if you are a normal and reasonable person, that the practice or execution or implementation of the said law will also be cruel and unfair.

Now, if both theory and practice are both cruel and unjust; then why on earth and why the hell is has to be instituted or implemented?

It will definitely lead us to the thought or conclusion that the one who called for the institution and ordered the implementation of the said law is an incontestably an immoral and idiotic leader by virtue of his cruelty and unfairness to his people!

On the second aspect of the so-called sultan’s justification, that idiot also stated maliciously that: allegedly Allah has said that his law is indeed fair.

I am wondering where the hell does Allah said those words purportedly claimed by the so-called Sultan that Allah himself have stated?

I do not know, but it seems to me that that so-called sultan is engaging in blasphemy. If so, then he should be the first one to be put to death by stoning!

But on the more important matter, which is the secular element of this case, my other central question is: how could a law that is perceived to be cruel and unfair be fair?

I am wondering, what kind of justice that that so-called sultan is subscribing and practicing?

Is it justice on the harem?

A Call to the People of Brunei

The Brunayan people must wake up and do something about this fiasco; if not, then their bastard immoral so-called leader will carry them to even greater imbroglio and lead the entire country into the abyss of moral death, shame and humiliation!

People of Brunei, you all must act now before your bastard so-called sultan make your beautiful nation into another Taliban haven!