Sharing online NEWS about human rights issues is one of our ways in keeping our readers informed of what’s been happening around us.  HRonlinePH.com’s [in the news] category aims to collect and share relevant links of NEWS tackling issues of human rights posted by media networks on their website.

Based on the hits they garnered from our visitors statistics, here are HRonlinePH.com’s Top 10 HR [in the news] posts of 2011.

“Whether or not Sumera’s killing was related to her broadcasting work, every murder must be solved. So far, too many murders targeting journalists are still waiting to be solved nationwide. This failure breeds the impunity that encourages more attacks.” 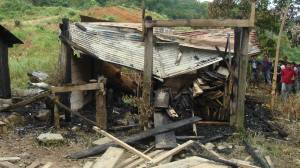 “In January, the Commission on Human Rights passed a resolution urging President Aquino to revoke Oceanagold’s Financial or Technical Assistance Agreement (FTAA) based on findings that the company committed human rights violations when it tried to prepare its mine site in Didipio and clear residential areas.
The violations included harassment and intimidation against residents and illegal demolition, with the use of armed men.”

“With villagers still suffering from the mine spill over a decade ago, there may be reason for them to rejoice when the Supreme Court held Marcopper accountable for what happened.

On March 8, the high court issued a writ of kalikasan in favor of three residents who sued Placer Dome Inc. and Barrick Gold Corp., the parent-companies of Marcopper (which shut down after the mine spill), on behalf of the victims.”

“Fighting insurgents is almost always dirty, and battling terrorists even more so. International rules on warfare rarely apply. Still, the government, especially in a democracy, must lead the way in upholding human rights even in the dirtiest wars. Never mind if rebel groups refuse to be bound by international rules on warfare. A healthy respect for human rights wins hearts and minds, depriving insurgents of crucial public support, and raising the government’s chances of winning the war.” 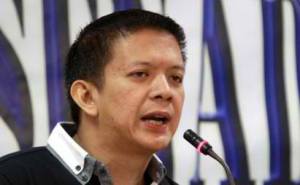 “Corruption is not the only reason why little progress has been made in reducing the number of Filipinos living below the poverty line. Another major reason is that the nation’s resources cannot meet the needs of the booming population. President Aquino should wield the powers of his office to push for the passage of a law that will promote women’s reproductive health and make the benefits of economic growth trickle down to the grassroots.”

EDITORIAL – Growth without development -The Philippine Star
May 10, 2011

“President Aquino has vowed to battle corruption and promote good governance. Confronting climate change should give him additional impetus to deliver on that promise.”

EDITORIAL – Climate change and corruption –
The Philippine Star
May 05, 2011

“Workers want a legislated wage hike because it is only through legislation that we have the chance of getting a substantial wage hike, like the P125 across-the-board wage hike that HB 375 seeks to legislate. Any wage hike that is smaller than P125, especially if it is very meager compared with the latter, won’t give workers a genuine relief,” Roger Soluta, KMU secretary-general.

Minimum wage workers in Metro Manila get P22 increase in ECOLA – InterAksyon.com
May 9, 2011

“The campaign of the Catholic Church to torpedo the reproductive health bill pending in Congress propagates violence against women,” House Minority Leader Edcel Lagman said in a statement.