Yesterday 3 June, the House of Representatives of the Philippines passed the “Anti-Terrorism Act of 2020” in the third and final reading, repealing the earlier “Human Security Act of 2007”. The proposed anti-terrorism law allows for, among others, lengthened period of warrantless detention and expanded surveillance, and will empower the Anti-Terrorism Council, comprised of state officials, the power to authorize arrest and detention of a person suspected of being a terrorist – a power reserved for the Courts. The enrolled bill is now just waiting for the signature of the President.

The Initiatives for International Dialogue (IID), a Philippines-based advocacy and peacebuilding institution working for human security, democratization and people-to-people solidarity in Mindanao and in Southeast Asia for more than thirty years, calls on the Philippine government to scrap the proposed Anti-Terrorism Act of 2020 as its stands, and forewarns on its negative consequences to the peacebuilding efforts in the Philippines and particularly in Mindanao.

It is indeed in our interest to prevent unjustifiable and abominable violence against civilians and innocent lives from so-called “terrorists” or elsewhere including from the State. And for this same reason, we need to confront and learn from the catastrophic excesses of unrestrained counter-terrorism laws and post-9/11 War on Terror that has not only failed to end suffering but led to more atrocities and abuses against civilian communities, bred more distrust in governments and security actors, and contributed to other forms of violence, including what is being crudely categorized now as “violent extremism”.

It is the duty of the Philippine state to protect its citizens from violence and abuse not only from non-state actors but also from itself. Therefore, penal laws, including those that seek to address terrorism, have to be conflict-sensitive, non-discriminatory, and compliant with international human rights standards. International human rights law and the Philippine Constitution of 1987 allow for extraordinary measures including limitations on certain rights to address threats to national security. However, these limitations are subject to the principles of a legitimate aim, necessity, adequacy, due process, and legality, and should provide safeguards against illegitimate use and right to effective remedy through competent, impartial and independent judicial authority.

With the overbroad definition of what constitutes terrorism and by granting wide discretionary powers to law enforcement and the military, the Anti-Terrorism Act in its current version can and will jeopardize the rights to freedom of expression, assembly, privacy, due process, and non-discrimination. It allows for a repressive environment against legitimate and non-violent dissent and crackdown on the opposition, human rights defenders and civil society, further shrinking what is left of our democratic spaces, denying the right of citizens to hold its government into account and perpetuating a culture of impunity and distrust in the government.

More importantly, it can and will also jeopardize peacebuilding efforts in the country. Even without this law, we have seen in the past years how Martial Law in Mindanao and the increased reliance on the “terrorist” tag as propaganda have been used to intimidate government critics. It should be remembered, in March 2018, the Department of Justice filed a petition seeking to declare as terrorist organisations the Communist Party of the Philippines (CPP) and the New People’s Army (NPA), as well as names of more than 600 individuals were also included in the petition, including UN Special Rapporteur on the rights of indigenous peoples Victoria Tauli-Corpuz. In many instances thereafter, government officials have made unsubstantiated allegations on the supposed links between various progressive, human rights, and humanitarian organisations, as well as political opposition parties, with the CPP and the NPA.

Not only civil society organisations are being tagged by the security forces as alleged communist fronts or suspected of terrorist activities, but more so and unevenly impacted are the communities they work with. Even without this stricter anti-terrorism law, we have seen in the past year the insidious profiling and discrimination by virtue of religion. One recent example of this is the January 2020 memorandum of the Manila Police District collating information of Muslim youth and students in the National Capital Region for its preventing violent extremism initiatives. We have also seen red-tagging of indigenous peoples (IP) communities, as demonstrated by last year’s order of closure of IP schools that are allegedly “communist fronts”. We have also witnessed how in November 2019, the police barged into the office of a long-established Mindanao-based peacebuilding organisation, without any warrant, checked the living quarters, and inspected the bags of young Moros from Marawi who were attending a trauma healing and psychosocial support training there.

Hence, when the Defense Secretary claims that there will be no abuses of the law, we find our experience and our community partners’ experience in the past years rebutting such assurance.

In this context where “terrorists” tags are being easily hurled by government officials themselves and where the law allows for wide discretion to law enforcement to determine suspected acts of terrorism in order to detain and surveil individuals without a judicial warrant, our ability as community-based peacebuilders monitoring hostilities and human rights violations, to bridge and mediate or to raise the alarm when atrocities occur are not only impeded, but our life and limbs are also under real threat.

This unjust law is terrorism.

Under this circumstance, there is no other principled stance, but to call for the junking of this bill.

Philippine lawmakers should aim for a law that addresses the underlying roots of terrorism and extremist violence, and prevents further distrust, injustice and escalation to violence by beginning and putting at the center human rights, conflict sensitivity, and conflict transformation. It is only through these can we build trust between the state and the diverse communities of Mindanao and the entire country, and create courageous and nonviolent spaces for dialogue. 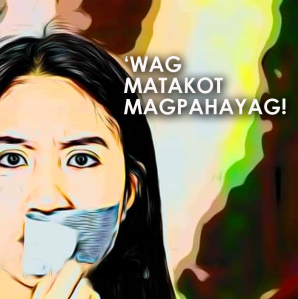