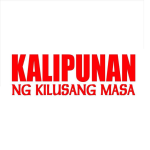 Kalipunan ng mga Kilusang Masa condemns the use of force of police officers to dismantle the people’s barricade of the Didipio Community.

OceanaGold Philippines Inc.’s Financial and Technical Assistance Agreement (FTAA) No. 1 had expired on June 20, 2019. On July 1, 2019, the community members of Didipio set up a people’s barricade to prevent further operations from the mining company. The case remains pending in the Office of the President nine months after the FTAA expiration.

The community has been against the mining operation ever since it was proposed. Community members continue to campaign for the non-renewal of its FTAA. The expiration of OGPI’s FTAA means that no activity or operation should be allowed in the mining site. More so, since the implementation of the Enhanced Community Quarantine due to the COVID-19 pandemic, no work activity is permitted. Thus, the forcible entry of the diesel tankers is illegal and goes against the desire of the community.

Kalipunan ng Kilusang Masa calls on the Commission on Human Rights to immediately investigate the actions of the aggressors that led to the violent confrontation. We demand the Office of the President to put a stop to the mining operations of OGPI by finalizing the non-renewal of its FTAA. We call on this administration in hearing the masses and putting a stop in its encouragement on the use of violence.

In this time of the pandemic, big extractive corporations have taken advantage of the Philippine government’s draconian policies. Militarizing communities and trampling upon the people’s fundamental rights.

The government should look at supporting the most vulnerable sectors of society and not penalize them for their non-violent protests in the hope of better services. The community members affected by this mining company are agricultural workers who have lost their incomes and livelihoods due to the destruction of their mountains and contamination of water supply. Worsened by the effects of the pandemic and the Luzon lockdown, this government should support the institutionalization of a universal guaranteed income to ensure that everyone can support themselves, especially the most vulnerable sectors.

In this challenging time, solidarity is needed more than ever; we must put the interests of the people first, and not the interests of the mining industry. Kalipunan ng Kilusang Masa supports the rights of the resident of Didipio to decide for a healthier community and environment. We support our partner Alyansa Tigil Mina in its calls to put a stop to destructive large-scale mining in the country.