As women workers marched today on the occasion of International Women’s Day, the labor group Partido Manggagawa (PM) asserted that workers are more secured when engaged in regular jobs instead of unemployed in times of crisis. The group demanded job security and social protection in response to the threat of massive job loss and health hazards from the COVID-19 outbreak.

“The capitalist system imposes a ‘no work no pay’ principle at work. So when women workers are fired from work or put on job rotation, they lose the means to protect their selves and their families. This is aggravated in third world countries where weak healthcare and social protection systems prevail,” explained PM Secretary General Judy Ann Miranda.

PM members joined protest actions in this morning at the Timog Ave. cor. Scout Tobias in Quezon City led by World March of Women and with several women groups in a march to Mendiola before noon.

Miranda, who also heads the party’s women committee, said those mass layoffs should be the last in the menu of actions that can be taken in confronting the virus outbreak, fearing this health crisis can also be used by employers to implement labor flexibilization schemes like endo and downsizing.

The Asian Development Bank on Friday said the Philippine economy could lose between $669 million and $1.94 billion as well as lose 87,000 to 252,000 jobs across five sectors due to the COVID-19 outbreak.

“We can’t just wait in grief for these things to happen as pro-active measures can be prepared. Thus we demand that the government flag down any plan by employers to implement flexibilization schemes and mass retrenchments without going through a process of negotiations with affected workers. And for those who need to face the inevitable, a stronger package of social protection must be put in place,” explained Miranda. 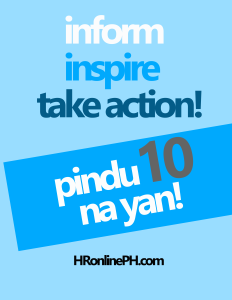