No To Legalized Impunity Through a Fraudulent Martial Law!
Justice and Solidarity for the Bangsamoro People and Other Victims of State Repression! 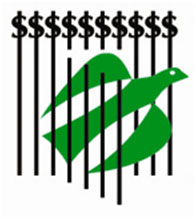 Despite questionable constitutional grounds and fraudulent claims of gory crimes committed by the so-called Maute “terrorist group”, the Supreme Court recently upheld, by an overwhelming majority, President Duterte’s declaration of Martial Law in entire Mindanao.
Proclamation No. 216, which put the whole of Mindanao under martial law and suspended the privilege of the writ of habeas corpus, was signed by the President last May 23 while he was in Russia, thousands of miles away from Marawi City, which was alleged to be one of the key strongholds of Maute and other extremist groups.

Since then, the Filipinos have witnessed heartbreaking sights and sounds of death, pillage and destruction as government troops flushed out their targets through close quarter firefights and aerial bombings of densely populated and civilian sections of Marawi City to implement their Commander In Chief’s brutal command to “kill, kill, kill”.

To date, UN reports say that 350,000 residents, predominantly Bangsamoro civilians, were forcibly displaced, and scattered in evacuation centers and houses of their friends and relatives. The evacuees are homeless, hungry and left to suffer deprivation and indignities as helpless victims of the brutal impacts of martial law. Scores of unarmed and defenseless civilians, including children and the elderly, have reportedly died, while hundreds more suffer more from various ailments, hunger, trauma and mental distress.

According to news reports, over 400 people including soldiers, Maute group members, and civilians have been killed in the Marawi siege. As casualties mount, President Duterte has promised to protect and take care of the orphaned families of his troops. Meanwhile, nothing was mentioned for the hundreds of thousands of displaced and other victimized civilians in terms of compensation and reparation for the loss and damage that they suffered, and without clear prospects for their return to their beloved city to rebuild their battered lives and communities.

The government estimates that at least P10 billion is needed to rebuild Marawi City, with the Asian Development Bank and the World Bank announcing the availability of fresh loans packaged as “assistance”. In truth, these are new debts to further burden us, the people and taxpayers, as we are expected to bear the economic, social and political costs and consequences of the Duterte administration’s Martial Law and war, and the imperatives of rebuilding from the ruins.

We therefore stand in solidarity with the Bangsamoro and other civilian victims of the Marawi siege and those who suffer from the impact of the government’s Martial Law. The Supreme Court decision bodes ill-tidings for our democratic and human rights. This decision not only exonerates the Duterte regime from accountability on its alleged abuses and violations of human rights and the rule of law. The Supreme Court’s landmark stand, legalizes impunity in our land.

Now, nothing can stop this government from declaring Martial Law over the rest of the country by simply claiming the same fraudulent and unconstitutional grounds as was done in Marawi. Nothing can stop this regime from sending its troops to waylay entire cities and its planes to indiscriminately bomb targets, notwithstanding the presence of civilians, and from forcibly displacing millions as their communities are turned into ghost towns. Nothing can stop this regime from forcing us, taxpayers, to bankroll its brutal campaigns of death and destruction, and the huge cost of rebuilding from the ruins of its self-created war.

When wholesale injustice and state repression become the norm and the rule of the day, people’s resistance is not only justified. It is becomes a matter of patriotic duty.