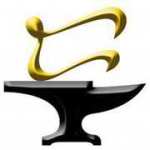 “P-Noy’s supposed policy of reforms should be reflected down to the grassroots particularly in public education system. Since he became president four years ago, we have not received any salary increase.” Said Arsenio Jallorina, retired Manila principal and the party chairman.

The group particularly denounced the government’s insensitivity for not providing a salary adjustment for the teachers and employees since year 2012.

“The president has not even initiated a salary increase since 2010 and only enforced the two remaining tranches of the salary standardization law 3 that was enacted during the time of former president Arroyo in 2009.” Jallorina added.

Another matter which they are questioning is the performance-based bonus (PBB) scheme. PBB under EO 80 signed by the president in July 2012 is a scheme granting monetary benefits to employees ranging from P5, 000.00 to P35, 000.00 based on their ‘performance.’ The teachers however are critical of the scheme because the government specifically the Department of Education (DepEd) has no clear-cut policy on how to measure their performance that resulted to incentive disparity and demoralization when it was first implemented in school year 2012-2013. According to them, the scheme is unfair, divisive and deceptive.

Ating Guro instead proposed an across the board productivity enhancement incentive (PEI) amounting to P15, 000 per employee.

“Since year 2007, the government is granting a P10, 000 across the board performance incentive to public school teachers and government employees. Yet in year 2012 said incentive was cut by half.” Jallorina explained.

The group, along with other teachers organizations will stage a protest action on Wednesday, July 9 at the foot of Mendiola Bridge in Manila thru a boodle fight to condemn what they describe as the “the government’s disregard to the most important sector.”

“This boodle fight symbolizes the status of our teachers, with a very low salary and inadequate incentives, we are now unable to provide proper nutrition for ourselves and our families.” Jallorina said.

The teachers will eat instant noodles, sardines, tuyo and NFA rice or what they described as ‘evacuation center food.’ The theme for this year’s nutrition month is “Kalamidad Paghandaan, Gutom at Malnutrisyon, Agapan.”

“With such kind of treatment, our teachers and employees are virtually in a state of calamity everyday.” Jallorina ended.
Reference:
Arsenio Jallorina, Chairman, 0998-4755658