UNITY STATEMENT OF THE 6.12.14 Protest Coalition 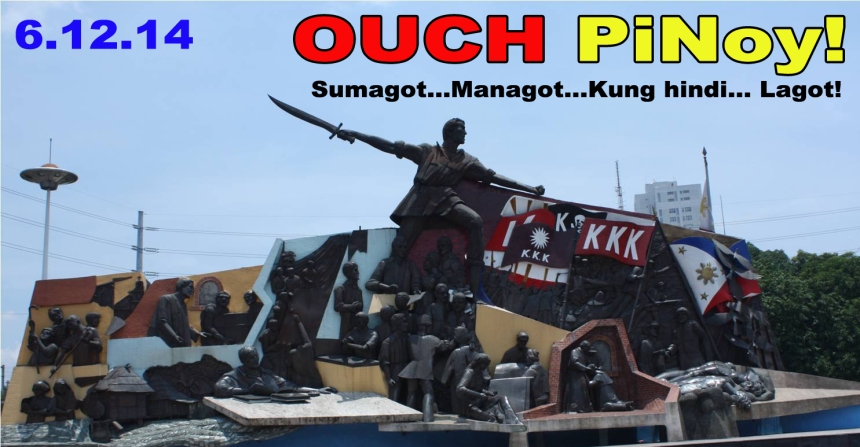 “The Philippines is a democratic and republican state. Sovereignty resides in the people and all government authority emanates from them.” – Article II, Section 1, The Philippine Constitution.
The painfully slow progress in the investigation and prosecution of the pork scandals involving Janet Lim-Napoles’ network, among others, robs the nation blind in the realms of justice and transparency, and steals energy that could otherwise be focused on development tasks.

The expanse and breadth of the corruption linked to pork shakes the very foundation of Filipino society. The delays and theatrics, whether by the current crop of suspects or the incumbent administration, make a mockery of the basic tenets of Philippine democracy.

The Filipino people have been given the run-around. Several reports and lists — from the Commission on Audit, to those collated by Benhur Luy and other whistleblowers, to the various Napoles lists — show a vast number of legislators and executive department officials involved in pork-related corruption.

All these sectors seemingly use and discard lists or delete names according to their interests. Until now, we have yet to see a hint of resolution of this controversy. From the camps of those already named in plunder cases, all the way to President Aquino, what we see are efforts to tar enemies but coddle allies.

TAMA NA! The Filipino people demand full transparency and accountability from all branches of the government.

From now on, ZERO TOLERANCE for any aspect of the culture of corruption. We demand that the government probe, prosecute and JAIL ALL found guilty of stealing and misusing the people’s money and abusing the people’s trust. No one must be spared.

We call on each and every Filipino to come out and join this UNIFIED EXPRESSION OF OUTRAGE AND DISGUST. TOGETHER, LET US ALL DEMAND OUR FREEDOM FROM CORRUPTION – 6.12.14

There is nothing hard to understand about “ALL.” If you refuse to even start an investigation, then you are coddling the corrupt. We address this to you, President Aquino: Start acting like the President of the nation, not just of your friends. Let the wheels of justice turn and give much-needed closure to this travesty.

We are counting on you, Mr. President. Are you with us? Or against us?