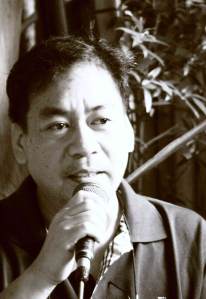 Appropriate budget to fuel the implementation of Education agenda plan is crucial.  For this year’s appropriation, the DepEd is given P207 billion pesos.  This is 19% higher than the 2010’s 175 billion amount.  P12.4 billion of the budget pie is for the construction of school buildings; P1.8B needed to purchase 32.3 million textbooks;  P1.6B for hiring additional 10,000 teachers; P8.6b for scholarship, training grants and student loan programs under TESDA, CHED, DOST, and DepEd; P21million for Every Child a Reader Program (ECARP); P727.5M for science and mathematics equipments.[1]  Major intent of the allocation is to propel implementation of Aquino’s 10 Point Education reform which includes the universal kindergarten to achieve the “Education for All” commitment of the government by 2015.  The stress on kindergarten program for 5-year old toddlers in 2011 marks the groundwork for the K-12 project of DepEd.

Going deeper into the budget allocation vis-à-vis deficit in our education system, the current budget is still found wanting.  It hides under the pronouncements of ‘austerity measure’ and maximization of ‘meager resources’ to cover-up automatic appropriation amount for debt servicing.  More than thirty-seven percent (37.50%) of the total 2011 budget is allotted to pay the current P4.712trillion debt of the country (combined domestic and foreign).[2]  The budget for State Universities and Colleges (SUCs) was cut by P367.2 million in 2011; DepEd school-building program was halved in 2011; it boast  of building 13,147 new classrooms for 2011 — yet the backlog of public school classrooms is some 113,000.[3]

Critiques suggest that Congress revisits the General Appropriation Act (GAA), scrap the automatic allotment for dept payment and channel the money for social services, instead.

Under the banner of ‘austerity measures’ the government embarks, through its Philippine Development Plan (PDP) 2011-2016, Public-Private Partnership (PPP), in both infrastructure and social services, and Conditional Cash Transfer (CCT) as major strategies to achieve inclusive growth.  While PPP in infrastructure and social services aimed at generating “high and sustained economic growth” and “equal access to development opportunities” respectively, CCT through its ‘Pantawid Pamilyang Pilipino Program’ (4Ps) is thought as a “responsive and effective social safety nets”.  Accordingly, the expected growth is translated into reducing poverty and increasing employment.

Translated in the education sector, Education Secretary Armin Luistro insists on firming up more partnerships with the private sector.[4]  He recognizes the need that government alone is insufficient in catching up with the decades of neglect of the sector and DepEd alone cannot implement the Administration’s 10-point Education Agenda.  An Inter-Agency Task Force on K+12 composed of representatives from the executive and legislative branches in government is set up.  The Department of Social Welfare and Development (DSWD) is tasked to support the education agenda through the provision of CCT grants to extremely poor households to improve their health, nutrition and education particularly of children aged 0-14.  A child is entitled a P3,000 cash per school year or 10 months or P300/month for educational expenses. A maximum of three children per household is allowed.  To qualify for the educational cash grants, beneficiaries’ 3-5 year old children must attend day care or pre-school classes and 6-14 year old children must enrol in elementary or high school at least 85% of the time.