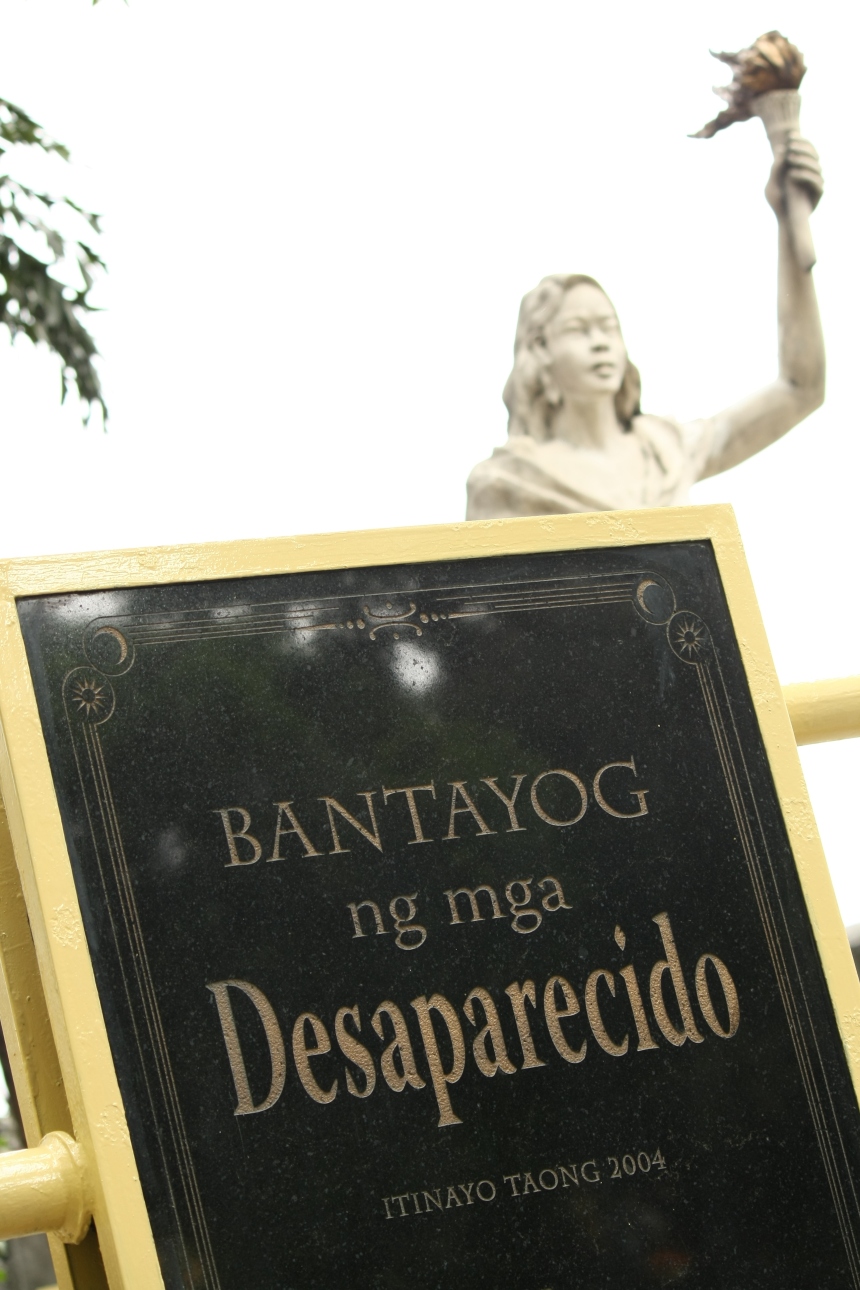 It may not be as huge and conspicuous as most of the monuments in Metro Manila, but its significance is deep and extraordinary. The Flame of Courage Monument that was unveiled 17 years ago today and is now part of the Bantayog ng mga Desaparecido memorial shrine at the Baclaran Redemptorist church grounds serves as a place where families and friends remember, offer prayers and pay tribute to their loved ones who were forcibly disappeared.

Fr. Romano was allegedly abducted by military intelligence operatives on July 11, 1985 in Labangon, Cebu City. Like most enforced disappearances, the search for the truth behind the enforced disappearance of Fr. Romano has been endless even as his life has not ceased to inspire political and social activists more particularly in the urban poor and labor sectors.

Fr. Romano fearlessly struggled with and for the oppressed unmindful of the perils of the righteous path he was treading.

President Benigno Simeon Aquino III has now popularized his own righteous path or “matuwid na daan”. FIND believes that pursuing a righteous path demands courage to face the reality that the Filipino people continue to struggle for human rights and human dignity.

Lamentably, the failure of the Aquino administration to declare its commitment to respect, protect and fulfill human rights in concrete unequivocal terms translates into a formidable roadblock in its so-called righteous path.

It is hoped that these complementary domestic and international laws will help pave an enduring righteous path to human rights and human dignity.