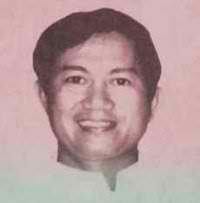 Where is Fr. Rudy Romano?

This was the same question asked by the families, friends and colleagues of the Redemptorist priest, Fr. Rudy Romano when he was abducted by armed men in Barangay Labangon, Cebu City exactly 26 years ago on July 11.  After more than two decades and five administrations, this question is yet to be answered and his disappearance remains a mystery until now.

I got to know the disappearance case of Fr. Rudy when I joined the Asian Federation Against Involuntary Disappearances (AFAD) as a member of its Secretariat in 2007. His name was one of the documented cases of the thousands of Filipino Desaparecidos during Martial law.

Desaparecido is a Spanish term which refers to a victim of enforced disappearance which occurs when a person is deprived of liberty in any forms by the agents of the state followed by the refusal to disclose information of the fate and whereabouts of the victim which in effect put the person outside the protection of the law.

For the younger generations, his name and those of others may not anymore ring a bell. But for those who have valiantly fought against the late dictator, he was considered a martyr. For whatever democratic space and freedom that we have now, we owe it to Fr. Rudy and those who selfishly sacrificed their lives for the good of all.

Remembering them will not be enough. But demanding justice for them is not only deserving but already long overdue.

With another Aquino holding the rein of sovereign power, we can’t but expect his government to finally put closure to the disappearance of Fr. Rudy and all other victims of human rights violations in country. It is a responsibility he inherited from past administrations. This, he owes to the nation.

Unless truth is established and justice is rendered to all victims, Pnoy’s matuwid na daan will only be an empty promise.