It seems that the “inclination” of President Benigno S. Aquino III to privatize remaining power plants in Mindanao is based on wrong data, the Freedom from Debt Coalition (FDC) said.

Ricardo Reyes, FDC president, said that President Aquino must have been given the wrong data because the actual generation charge of Mindanao power plants, specifically of Agus and Pulangi hydropower complex in northern part of the region, is P2.80, which is less than the selling price of P3.00.

The advocacy group disputed Aquino’s statement that “we kept on selling electricity about P3 when the actual charge of generation was P5,” which he issued in an economic briefing in Cagayan De Oro City last Wednesday.

The President begged for “your understanding but it does not make sense to continue producing any product and selling it at a loss to be passed on to other people.” 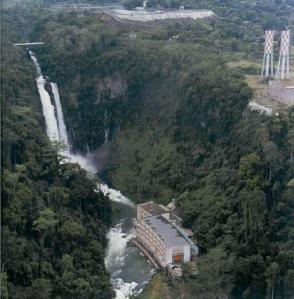 Photo source: http://www.businessweekmindanao.comhe President begged for “your understanding but it does not make sense to continue producing any product and selling it at a loss to be passed on to other people.”

“We beg your pardon, Mr. President, but NPC’s Mindanao power plants are earning a net profit of P7 billion annually according to the NPC data that we obtained. How can they be selling at a loss if they are actually turning in net profits annually?” Reyes asked.

In the same economic briefing, President Aquino was also quoted as saying that the financial “loss” of the Mindanao power plants has contributed to  the debt of the Power Sector Assets and Liabilities Management Corp. (PSALM) which now stands at P1 trillion.

According to FDC, President Aquino must have meant the NPC’s debts which were incurred due to the anomalous guarantees provided under the NPC’s contracts with independent power producers (IPP) such as the take-or-pay, fuel and exchange rates. The group added that the Electric Power Industry Reform Act (EPIRA) or Republic Act No. 9136 http://www.neda.gov.ph/references/Ras/RA9136.pdf later legitimized and honored these contracts with anomalous guarantees.

“Now, they have these stranded debts and contract costs as the final financial scheme to collect the said remaining debts of NPC. This is one of the biggest reasons why our electricity bills as well as the debts of NPC and PSALM are very high,” Reyes stressed.

FDC maintained that the privatization of Mindanao power plants will only result in higher power rates for electricity consumers, as what happened in Luzon and Visayas.

“As it is, the Mindanao power plants are providing a vital service in terms of generating and selling electricity at low rates that consumers can afford and still earn profits. There is no reason why they should be privatized, except to bring in the big domestic and multinational monopolies in power generation with the prospect of bigger profits through higher power rates,” Reyes added. JB