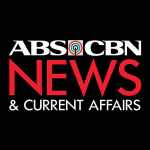 Officials of the new regional autonomous government in Muslim Mindanao are conducting a separate probe into reports that seven youths, including several minors, were massacred by government troops on October 23 amid an outpouring of anger on social media in southern Philippines provinces, towns and villages.

Bangsamoro Autonomous Region in Muslim Mindanao (BARMM) Spokesperson and Minister of Interior and Local Government (MILG) Atty. Naguib Sinarimbo on October 28 urged the regional parliament and cabinet for a separate probe into the killings of seven youths, aged 11 to 19, even with the ongoing investigation of the Commission on Human Rights (CHR) Region 12 office.

“To be very objective, we need an investigation,” Sinarimbo replied on Tuesday when sought for comment on reports. He said the BARMM’s regional human rights commission would undertake the probe.

The CHR regional head, according to Mindanews, has announced that officers involved in the joint military and police operation would be facing charges of human rights violations.

The killings happened in Sitio Narra, Barangay Tumbras, one of 13 of 57 villages in Midsayap that voted for inclusion in the BARMM. The town of Midsayap itself belongs to Region 12.