We will not be silenced, we will fight back
NUJP supports alternative media group’s case vs. cyberattackers
March 29, 2019

The National Union of Journalists of the Philippines fully supports the civil case filed by our affiliates in the alternative media against the people and groups identified to be behind the recent cyber attacks against them.

We stand by them not only because we have chapters in these outfits, we do so because we, ourselves, have been the target of similar cyber attacks and, most of all because these attacks are clearly part of a pattern.

The case filed by Bulatlat, AlterMidya, Kodao Productions, and PinoyWeekly at the Quezon City Regional Trial Court and raffled off to Branch 220 on Friday, March 29, charged the following for allegedly being behind for the distributed denial of service attacks on the news outfits:

–Suniway Group of Companies Inc., a company that is listed as engaged in construction, including of roads and highways, but also bills itself as a provider of “builder services, web services, support computer software, and hardware development” for Filipino and Chinese clients. It is headquartered at the Office Tower Building of SM Aura in Barangay Fort Bonifacio, Taguig City, and the following officers: Rolando O. Fernandez, chairman; Rolando O. Fernandez, president; Julia Mae D. Celis, corporate secretary; Mary Ann Recomono, treasurer; and directors Jiang Zongye, and Jiang Xingzhong.

Fittingly, the case was filed on the 25th anniversary of the Internet in the Philippines.

According to the complaint of the alternative news outfits, Qurium Media Foundation, a Swedish nonprofit that provides “technical, infrastructural and human support to media organizations operating in repressive regimes” from which Bulatlat, the first of the outfits to be attacked in late December, sought help, carried out an investigation that “resulted in the discovery of … IP Coverage and Suniway as the sources of attacks.”

Meanwhile, Leo Henrichsen, of the Computer Incident Response Center for Civil Society (CiviCERT), an umbrella organization of digital defenders, contacted IP Converge’s Torres and, later, the firm’s other officers, about the attacks traced to them but received no response.

As for Suniway, Qurium said the server of the attackers’ two IP addresses “shared the same signatures and are being hosted by Defendant Suniway in its office in the Philippines.”

Qurium contacted the National Computer Emergency Response Team about the problem on January 22 but the agency responded only on March 15, and only to ask for more information.

Whichever way the DDoS attacks are seen, one thing is clear, as the complaint points out: “The magnitude, scope, and scale of the cyberattacks suggest that they were targeted, deliberate, and organized” and “could not have occurred without being orchestrated and well-funded.” 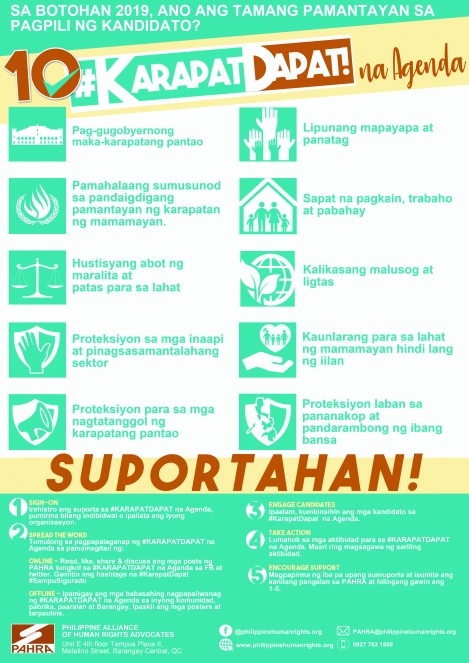 One thought on “[Statement] We will not be silenced, we will fight back. NUJP supports alternative media group’s case vs. cyberattackers -NUJP”