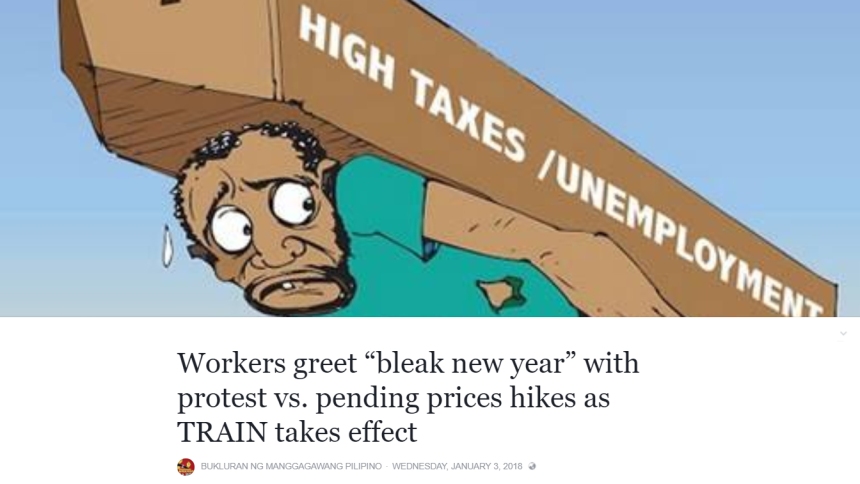 Workers commenced the year with protests at Mendiola Bridge after prices of basic commodities are expected to spike as the new tax measure of the government took effect on the first day of the year.

The protest held by socialist Bukluran ng Manggagawang Pilipino (BMP) denounced the government’s Republic Act 10963 or the Tax Reform for Acceleration and Inclusion (TRAIN) which they claimed that excise taxes on petroleum and energy sources will gravely burden end-consumers – workers and other disadvantaged sectors since it is a pass-on tax.

“Contrary to what officials keep on reiterating that TRAIN is beneficial to the poor, it is all too evident that the capitalists shall simply pass their obligations to their clients- the lowly paid, contractual workers,” said Leody de Guzman, BMP president.

The group insisted the new tax measures shall only be beneficial to an elite few as the bulk of wage-earners continue to remain financially crippled by labor contractualization, low wages, privatized social services and other anti-poor policies.

The increased exemption to personal incomes will only benefit a portion of the middle class and the affluent elite, the 8th to 10th topmost in income distribution.