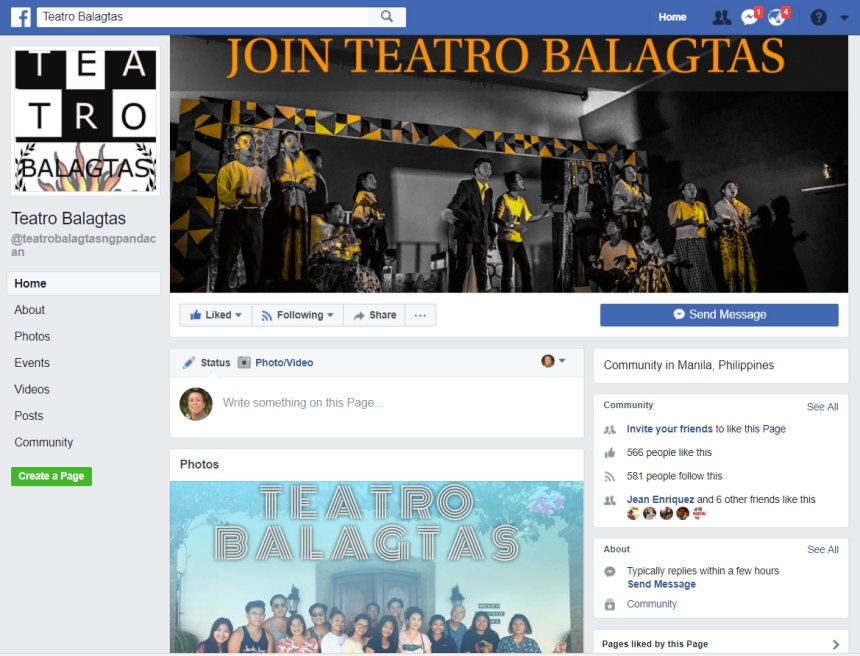 Teatro Balagtas of Pandacan is a community youth theater founded in December 2008. Its members, now numbering 43, are from the ages of 13 to 22. They come from families living in eight barangays of Pandacan and adjacent communities of Paco and Santa Ana districts of Manila. The Teatro members are trained in various theater skills by in-house trainors assisted by the Philippine Educational Theater Association (PETA) which has been a close and significant partner since April 2009. Apart from theater skills training, Teatro members undergo social awareness education and formation on authentic humanist values meant to deepen their relationship with their own inner-selves, their community, the Creator and the environment. The Teatro is meant for self-development of its individual members but, as a collective performing group, it is also meant to entertain and to impart a meaningful social message as it tries to reflect the problems and strivings for change by the community and the larger society.