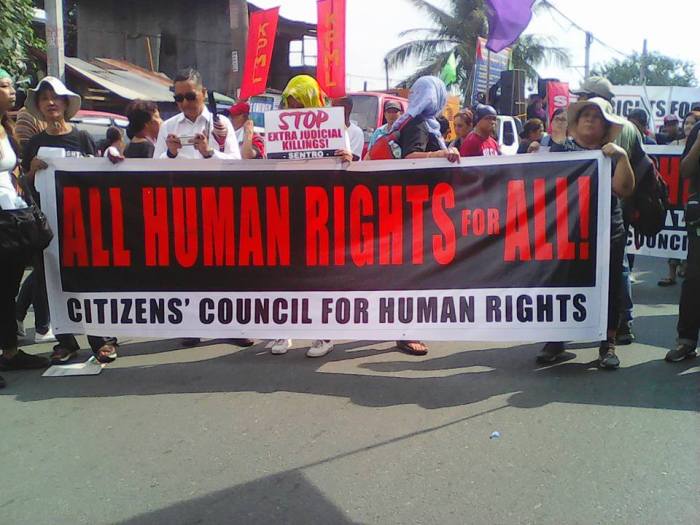 In a little less than a month since his inauguration, President Rodrigo Duterte has delivered on his campaign promise to go after suspected drug pushers and users with little or no regard for human rights and due process.  Units of the Philippine National Police, under the command of his close associate General Ronald (“Bato”) de la Rosa, have turned many low-income neighborhoods in the country into free fire zones.  The bloody encounters taking place daily have polarized the country between those who support the president’s quick and dirty methods of dealing with drugs and crime and those who regard them as illegal, immoral, and self-defeating.

To date, more than 500 people had been killed in intensified anti-drug operations since the May 9 elections in which Duterte emerged as the victor.  The pattern is worrisome:  The police announce that drug pushers or users have been killed in an operation.  Slain people are shown on television, invariably with firearms near their hands.  The now routine police explanation:  “The victims resisted arrest and fired on us, so we had to shoot them in self defense.”  In some instances, the police story borders on the incredible.  In a Pasay City precinct, for instance, two manacled suspects are shown on television being led into jail.  Shortly thereafter, a policeman emerges to tell the press the father and son were shot dead inside the jail since they tried to reach for the police’s pistols and had to be killed “in self-defense.”

The suspicious  circumstances surrounding incidents like this and many others have convinced many that the killings are rub-outs by the police profiting from the illegal drug trade who are out to eliminate people who can connect them to drugs.  Others wonder if this anti-drug push might not be a case of killing the small fry but protecting the big fish since there have hardly been any big-time drug lords apprehended.

Whatever the causes of the wave of extra-judicial killings by police and unidentified people, the president must take responsibility for having encouraged them.  Throughout his campaign for the presidency, he claimed that criminals had no rights and that they were better off dead than alive.  During his victory speech in Davao on June 6, he asked people to take the law in their own hands and kill drug pushers, offering a higher bounty to people who killed suspected drug dealers than to those who brought them alive to the authorities.   He has repeatedly said that rehabilitation does not work and at the solidarity dinner at the Del Pan Sports Complex on the very night of his inauguration, he told people that “If you know of any addicts, go ahead and kill them yourselves as getting their parents to do it would be too painful.”  To the police who follow his orders, he has said more than once, “If in the process you kill one thousand persons because you were doing your duty, I will protect you.”

Those who uphold human rights and due process have been accused of not sharing the population’s concern with curbing crime.  This is a lie.
We do not question the goal of fighting drugs and crime. Indeed, we support it. But it cannot be achieved by trampling on human rights. No one has the right to take life except in the very special circumstance and in a very clear case of self-defense—not a police setup masquerading as “self defense.” Everyone is entitled to the right to life and its protection by the state.

Moreover, denying some classes of people these rights, as Duterte does, puts all of us on the slippery slope that could end up extending this denial to other groups, like one’s political enemies or people that “disrupt” public order, like anti-government demonstrators or people striking for better pay. In this connection, we cannot forget that candidate Duterte threatened to kill workers who stood in the way of his economic development plans and made the blanket judgment that all journalists who had been assassinated were corrupt and deserved to be eliminated.  That was no slip of the tongue.

President Duterte’s explicit, indeed boisterous denial of human rights and due process to suspected wrongdoers makes him unique among those who have served as chief executive, most of whom explicitly promised to uphold due process even if some of them deliberately violated it in practice in pursuit of their political enemies.  Duterte would not, however, be as confident in his attack on the universality of human rights and the state’s duty to ensure due process to suspects were he not supported in his extreme views by many if not most of those who voted for him.  Duterte feels he has a blank cheque to disregard the law, and he is encouraged in this behavior by the rabid support he gets from many supporters who copy his aggressive style in expressing their views in the media.

This dangerous synergy between the Leader and his followers is normalizing the denial and ridiculing of human rights and due process. And this can only lead to the erosion of the foundational belief of the 1987 Constitution:  that each citizen of the Republic is endowed with fundamental, political, civil, social, economic, and cultural rights and is entitled to the protection of the law.  Further the Constitution’s Bill of Rights states that: “No person shall be held to answer for a criminal offense without due process of law.” And that “In all criminal prosecutions, the accused shall be presumed innocent until the contrary is proved, and shall enjoy the right to be heard by himself and counsel, to be informed of the nature and cause of the accusation against him.”

We demand that President Duterte order a halt to the extra-judicial killings and restore the rule of law and due process.  We urge him to desist from inflammatory rhetoric that can only turn this country into one vast killing field where a rogue police force and vigilantes roam with impunity.

But above all we ask our fellow citizens to come out and speak up for the inviolability and universality of human rights, the rule of law, and due process.  These gains that our people made in their long struggle for their fundamental rights and democratic rule are under threat. Impunity should neither be made the foundation nor should it be made to serve as a “counter-balance” or “exchange” for future economic and social development.
Acquiescence and silence in the face of the impunity that now reigns is the surest way to the loss of the rights of all.