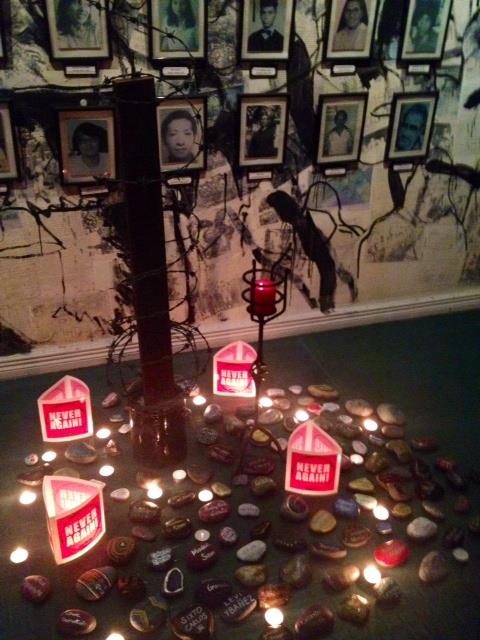 One of the thousand reasons why Ferdinand Marcos should not be given a hero’s burial is the disappearance of Fr. Rudy Romano thirty-one years ago, according to the human rights group Task Force Detainees of the Philippines (TFDP).

TFDP together with other human rights and church groups commemorate the 31st Anniversary of the disappearance of Fr. Rudy Romano in a gathering of human rights defenders, student leaders, teachers, youth and religious leaders on July 9, 2016, at the University of San Jose Recoletos (USJ-R) Auditorium, Magallanes Street, Cebu City and on July 11 at the Museum of Courage and Resistance in Quezon City.

“The enemies of freedom and democracy silenced the voice of a prophet of his time. He dared to stand against tyranny and dictatorship,” Emmanuel Amistad, Executive Director of TFDP said in a statement read during the opening of the said event.

“His voice gave words to the anguish of a people longing for liberation from modern-day slavery and corruption”, he added.

Fr. Rudy Romano of the Congregation of the Most Holy Redeemer was involuntarily disappeared on July 11, 1985 by suspected military men. He has not been seen ever since.

TFDP and other groups take the opportunity of the commemoration of Fr. Rudy’s disappearance not only to remember and honor his martyrdom and heroism, but also as incontrovertible proof of the Marcoses’ atrocities committed against the people.

According to TFDP, Fr. Rudy Romano’s disappearance was an example of how vicious the late dictator was especially in treating critics and human rights defenders, “His (Romano) eyes saw the plunder of the nation’s wealth, the gross human rights violations and the capacity for terror of a regime reeling from the incessant assaults of the people’s resistance,” Amistad said. “Marcos was no hero! A hero’s treatment will be an insult not only to Fr. Romano but also to all those who suffered Marcos’ brutality,” he lamented.

TFDP, Martial Law victims and other human rights groups are protesting against the intention of President Rodrigo Duterte to allow the late Dictator Ferdinand Marcos burial in the Libingan ng mga Bayani.

“Fr. Rudy Romano’s arms sought the arms of the oppressed and linked with them in an act of solidarity. In the struggle to be free, priest and people became one. Truly, the man of God became a man for, and of the people,” Amistad said. “As we remember Fr. Rudy Romano, a martyr and honor him as a hero of the people’s struggle, we call on President Duterte to heed the voice of all victims of the injustice perpetrated by the Marcoses,” he concluded.