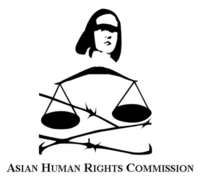 HONG KONG/PHILIPPINES: Poverty reflects a failure of the government not the person
by Danilo Reyes

(Note: this article was first published in the October 12, 2014 issue of the Sunday Examiner)

Poverty reflects a failure of the government not the person.

Seven years ago, my first cousin, 22-year –old Maricel Mahinay, died from an illness aggravated by severe malnutrition. She was three months pregnant. Her death came two years after her first child had also died from a malnutrition related illness.

Maricel, whom we called Cecil, and I lost contact in the 1990s when I moved to another city. I was working while studying at a university. I did not hear from her for many years.

My memory of her dates back to our child hood days in our sleepy and laidback hometown.

In September 2005, my mum, now a retired public school teacher, told me that Maricel’s 11-month-old son, John Paul, had died from an illness aggravated by severe malnutrition.

I was an intern at Asian Human Rights Commission at that time and was beginning to comprehend how abject poverty affects not only human societies, but ourselves – and here was my own cousin’s child dying from want of basic necessities.

When I learned about the death of Maricel’s son, I had mixed emotions. I did not know she had got married or that she had a child.

She was the daughter of my mum’s older brother who was a tricycle driver. Maricel was so poor that she had to borrow money to pay hospital bills before she could take her son’s body home and then pay for a small plot of land to bury him.

After I published the story of my cousin’s death and her circumstances, I learned that the former mayor, who is currently a lawmaker in the province of South Cotabato, Mindanao, dispatched one of his staff to locate her.

I used to interview this mayor when I worked as a journalist there. I knew that he would intervene, not because his administration had been so neglectful, but because her case tarnished the city’s image.

Reluctantly, social workers from our local government went to her house and gave her some relief goods and a health card.

When the social workers spoke to Maricel, they told her she should have approached them first. She should not have complained and exposed the death of her child in public.

These social workers might have achieved their goal, as when Maricel was dying two years after her son’s death, she did not complain.

In evaluating Maricel’s case, they concluded they could not classify her as a public services for indigent beneficiary, or the poorest of the poor, because in the Philippines, if you have a relative working in the government or overseas, your family and relatives are not considered indigent.

In the Philippines, the government method of assessment in identifying an indigent, who is poor and who is not or who is deserving of public services and who is not is based on the philosophy that it is the family and their relatives, and not the government that has the primary responsibility of support.

The consequence of this thinking means that any Filipino in the Philippines who has a family or relatives overseas, Hong Kong or elsewhere, cannot be considered indigent, or deserving of government assistance.

Thus, relatives of overseas Filipinos back home cannot be classified as indigent or poor.
In his column for the Sunday Examiner titled, the struggle to put food on tables, on September 14, Father Shay Cullen Notes, “More people than ever go hungry”,

He says hunger and starvation hits children the hardest. The story of my cousin, Maricel, and her son John Paul, are among those countless untold stories.

Father Cullen rightly points out that those who suffer from hunger end up severely malnourished and die quickly from hunger-related diseases.

John Paul died too young and too early because his parents had no money to buy food, let alone medicine. Like him, many other starving children go to bed every night crying for want of a meal.
The vast section of Philippine society is poor; consequently, the threshold for testing who is poor has become oddly high. But this method has only created a wrong perception that is detached from reality – that government employees and their relatives; as well as overseas workers and their relatives are not poor.

Needless to say, many of the government and overseas workers are themselves poor.

Reflecting on my cousin’s experience leads me to understand that it is highly destructive when people are made to feel that to suffer from poverty, hunger and starvation is the person’s own fault.

We should be condemning what causes this suffering, not those who suffer. To suffer abject poverty is neither a person’s own fault nor a choice.

It is a failure in the system of social government structure which takes away equal opportunity.

# # #
About AHRC: The Asian Human Rights Commission is a regional non-governmental organisation that monitors human rights in Asia, documents violations and advocates for justice and institutional reform to ensure the protection and promotion of these rights. The Hong Kong-based group was founded in 1984.

Read this Article online
Visit our new website with more features at http://www.humanrights.asia.