[Statement] AFAD@15: An Arduous Journey Under a Crystal Clear Sky 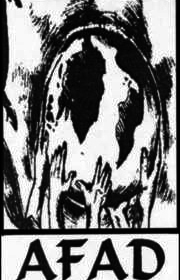 AFAD@15:
An Arduous Journey Under a Crystal Clear Sky 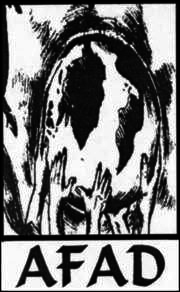 4 June 2013 – A decade and a half have passed since the founding of the Asian Federation Against Involuntary Disappearances (AFAD). Many Asian governments continue the practice of making people disappear while past cases remain unresolved. While they fail to hold the perpetrators accountable, victims and their families continue to suffer from this abominable scourge, which violates a number of human rights. Much as it wants itself to be rendered irrelevant, AFAD remains to be relevant.

The birth of AFAD had given voice to the voiceless, power to the powerless and presence to the disappeared in the Asian region. It has provided flesh and blood to solidarity which endeavors to transform shared aspirations into common actions towards a unified vision.

With the commitment of its 11 member-organizations from Bangladesh, India, Indonesia, Nepal, South Korea, Sri Lanka, Thailand and Timor Leste and the support of its partners, AFAD has been able to respond to the needs of the surviving victims and their families – to the women and children left behind in their pursuit for justice and for an end to impunity.

Today, we celebrate our accomplishments. From a federation of three organizations, it has grown to 11 organizations in eight countries, 11-member Secretariat in its country of base and has forged partnership with various organizations. Amidst multi-cultural diversity, the Federation has sustained its solidarity and advocacy.

Anniversaries are occasions to ponder on our inner capacities and limitations. On this 15th anniversary, the Federation counts on its accomplishments even as it humbly reflects on its shortcomings. In the course of its journey, it continues to sharpen its mission, vision and goals.

The strength of any Federation is founded on the strength of its member-organizations. How well have we, as a Federation, marched in step towards the same vision? How have we, in various capacities, performed our role in expressing mutual solidarity and in steering the Federation towards the fulfillment of its dreams? How have we mutually extended solidarity among each other given the commonalities and particularities of our situation and the uneven development of our constituents? How have we gone beyond crises? How sustainable are our accomplishments vis-à-vis our limited resources? These are questions we ask ourselves as we commemorate our 15th anniversary.

On this day, we thank all those organizations and individuals who, during good and not-so-good times, have linked arms with us since our conception, birth and eventual full maturity as a Federation. To the disappeared and their families, we owe them the inspiration much-needed in this difficult journey.

On the occasion of the 1997 International Week of the Disappeared in the Philippines, with the theme, Strengthen and Intensify the International Movement for the Disappeared, an Asian group was conceived. A year later, AFAD was born. Since then, it has gone a long way. Fifteen years later, AFAD has become the focal point of what is now the International Coalition Against Enforced Disappearances, whose mandate is to campaign for universal accession and implementation of the International Convention for the Protection of All Persons from Enforced Disappearance (Convention) and the creation of an independent monitoring body, the UN Committee on Enforced Disappearances. The Federation can claim of its contribution to the adoption and entry into force of the Convention and its eventual universal application. Related to this is AFAD’s contribution to the signing of the Convention by Indonesia and Thailand and its support to the enactment of the Philippine Anti-Enforced Disappearance law. Needless to say, AFAD has gained recognition at all levels as the only regional federation in Asia that works on the theme of enforced disappearances. Our small and great victories are worth the celebration.

Yet, the challenges are many. Amidst the huge number of enforced disappearances in a continent that submitted the highest number of cases to the UN Working Group on Enforced or Involuntary Disappearances, we need a voice louder enough to be heard. As AFAD consolidates its ranks, it needs to continue expanding to cover cases and situations in the vast Asian region. It has to explore possibilities of cooperation with regional inter-governmental bodies in the formulation of more effective human rights policies and mechanisms.

Every year, we learn from our own experiences, develop our own capacities and adapt to the changing times. Without a doubt, the journey has not always been smooth sailing. But the challenges we have confronted along the way were a resounding affirmation of the relevance and legitimacy of our cause.

This gives us all the reason not to rest on our laurels. We need to raise our voices again and again; march in every street; continue knocking at every door of States for them to accede to the Convention without delay and to enact effective implementing legislation in accordance with international human rights standards.

As we commemorate our 15th anniversary, we must give due recognition to those who have offered their lives to the altar of freedom – our sisters and brothers who were made to disappear and killed during the massacre at the Tiananmen Square in Beijing, China twenty-four years ago. Lest we forget, we remember Munir, our former Chairperson who was poisoned by arsenic allegedly by elements of the military intelligence agencies in Indonesia in 2004. We likewise remember Aasia Jeelani of APDP who, in the same year, was killed by a landmine blast in the north of Kashmir while on election monitoring duty. More recently, we honor our dear friend, Patricio Rice of Argentina, who, in the course of his work, succumbed to death on 7 July 2010.

For the desaparecidos, their families and the greater global community, we continue to dedicate our efforts as a Federation in this collective arduous journey towards a world without disappearances under a crystal clear sky.

Signed and authenticated by: