[Statement] from the Burma/Myanmar Delegation to the ACSC/APF 2012 in Phnom Penh, Cambodia 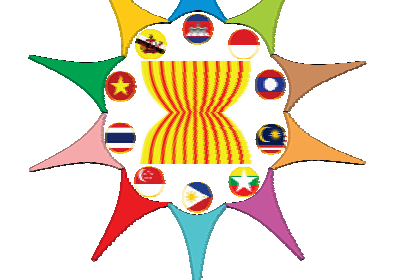 Statement from the Burma/Myanmar Delegation to the ACSC/APF 2012 in Phnom Penh, Cambodia

Burma/Myanmar’s workshop, along with three other workshops, was not allowed to take place at the ACSC/APF 2012. Rather, the organizers were forced to move the workshops to another location.

The workshop was to be on Burma/Myanmar’s current political and human rights situation and the challenges this poses to the country’s chairmanship of ASEAN in 2014. On the first day of the conference organizers also received pressure to remove pictures of political prisoners from Burma/Myanmar in the exhibition hall of the conference.

The challenges and restrictions experienced in Cambodia are an alarming reminder that Burma/Myanmar’s chairmanship in 2014 will likely face significant hurdles in providing the space for the people of Burma/Myanmar and the independent regional civil society to gather and take the people’s concerns to ASEAN leaders.

Indeed, despite encouraging developments, Burma is still a place of systematic and widespread human rights violations that may constitute crimes against humanity and war crimes, and no political space and freedom. The recent negotiations between Thein Sein’s government and ethnic armed groups have not led to an end to conflict and the Burma Army continues to perpetrate gross human rights abuses against ethnic civilians.

The recent easing of media censorship has not been accompanied by legislative reforms. Repressive laws, which include restrictions on freedom of speech, assembly and the press, remain on the books.

We therefore urge ASEAN leaders to:

Respect the right to freedom of speech and assembly of the independent civil society and the people of ASEAN.

Commit to promote a genuinely people-centered ASEAN and the free and meaningful participation of the people of Burma/Myanmar and the regional independent civil society in ASEAN’s process of community building during Burma/Myanmar’s chairmanship in 2014.

Urge President Thein Sein to:
Unconditionally release and rehabilitate all political prisoners and immediately stop intimidation and surveillance of those who have been released;
Withdraw Burma Army troops from ethnic areas and reach a nationwide ceasefire that addresses the root political causes of conflict with ethnic armed groups;
Provide aid to Internally Displaced Persons (IDPs) in all conflict affected areas and permit international and local NGOs to deliver humanitarian assistance;
Address the issue of truth and accountability for human rights abuses and put an end to the ability of the Burma Army to perpetrate crimes with impunity;
Amend or repeal those laws that restrict the human rights of the people of Burma/Myanmar in order to guarantee free and meaningful participation of the people and independent civil society in the transition process;
Ensure that development projects take into account local communities’ needs and rights, do not exacerbate conflict, respect international environmental and human rights standards, are conducted in a transparent manner and support civil society;
Constructively combat the country’s drug problem by supporting alternative crop development rather than destroying opium ﬁelds and livelihoods, by investigating the Burma Army’s involvement in the drug trade and carrying out public awareness-raising about the dangers of drug use throughout the country; and;
Ratify and implement the UN Convention on the Rights of Persons with Disabilities and promote economic and social integration of disabled persons.

Source:  Task Force on ASEAN and Burma on the ACSC/APF 2012