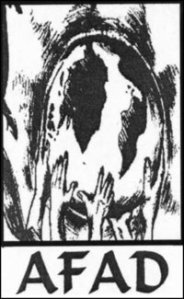 Today (December 10), as the world commemorates the 63rd International Human Rights Day, the Asian Federation Against Involuntary Disappearances or (AFAD) calls on all governments particularly those in the Asian region to stop enforced disappearance and to end impunity.

Enforced disappearance is considered one of the cruelest human rights transgression. It is a multiple and continuous violation of the basic human rights not only of the direct victims but also of their families and the greater society. It inflicts untold sufferings to the victims who are forcibly taken by agents of the States and denied access to legal safeguards by removing them from the protection of the law. It causes ill-effects to the victims’ families, not knowing the fate and whereabouts of their loved ones. Mothers, wives, and daughters are usually left without any means to tend their families. In South Asian context, wives of the disappeared are called “half-widows’ who are stripped of legal status to obtain pensions and other means of support.  Children of the disappeared equally suffer. They are deprived of a normal family and a good future. No doubt, enforced disappearance sows fear and terror in society.

Many governments employ this atrocious practice as a tool of state repression and political witch-hunt. It is a major human rights concern of more than 80 countries based on the 2010 report of the UN Working Group on Enforced or Involuntary Disappearances, a thematic UN body created in 1980 to monitor the incidences of enforced disappearances worldwide. Many cases occur in Asian countries, the continent that submitted the highest number of cases.

The Asian region lacks a strong mechanism for redress.  There are no available domestic laws penalizing disappearance as a separate and autonomous criminal offense. Not only are cases of enforced or involuntary disappearances difficult to investigate and prosecute. They recur with each passing day in many Asian countries. Perpetrators can easily walk away from criminal accountability.

Efforts by several governments along with families of the disappeared and international human rights organizations have made possible the adoption of the International Convention for the Protection of All Persons from Enforced Disappearance in 2006 by the United Nations General Assembly and its consequent entry into force on 23 December 2010. To date, this international human rights instrument has 90 signatories and 30 States Parties.

It is but imperative for all states to accede to the international treaty against enforced disappearances without reservation and immediately adopt effective national laws to abolish this horrendous practice.

While these legal measures and mechanisms may not bring back the disappeared, they can certainly help in finding truth and justice and in preventing cases from happening again. It only takes one small step to have a leap of change.

Ending impunity should both be a demand and a call for unity and action.

For the disappeared and their families, the 63rd anniversary of the Universal Declaration of Human Rights will have deeper meaning through governments’ accession to the International Convention for the Protection of All Persons from Enforced Disappearance and the enactment of laws criminalizing disappearances and their full implementation.