Posted on September 19, 2011 by Human Rights Online Philippines One comment 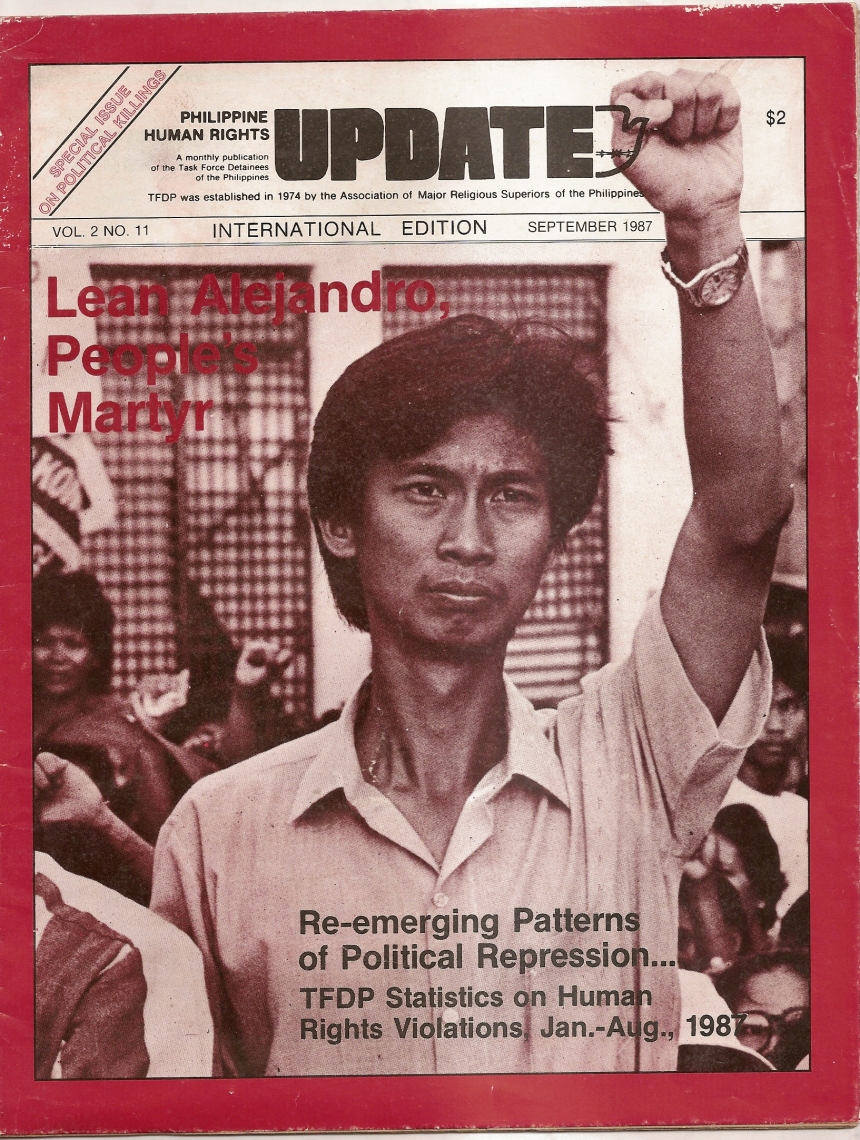 Leandro Legara Alejandro (July 10, 1960 — September 19, 1987), known among activists and street parliamentarians as Lean, was an activist, a student leader, and a Left-wing nationalist in the mold of Lorenzo Tañada, Jose Diokno, and Ninoy Aquino.

Lean studied at the University of the Philippines and was described by his contemporaries as an intellectual rebel. He became a member of the League of Filipino Students and was elected chairperson of the University Student Council (USC) in 1983-84. He was presiding over the first meeting of the USC in the afternoon of August 21, 1983 at Vinzon’s Hall, the day Ninoy Aquino was shot.

He was also a writer of the Philippine Collegian, where he wrote articles critical of the Marcos administration. In 1985, the Bagong Alyansang Makabayan (BAYAN) was established and Alejandro became its secretary-general. Alongside Tañada and the other BAYAN leaders, Alejandro would be at the frontlines of the parliament of the streets during the 1980s.

After the People Power Revolution of 1986, Alejandro decided to enter mainstream politics and bring the movement’s ideals to Congress. He ran for the congressional seat of the Malabon-Navotas district against Tessie Aquino-Oreta, President Corazon C. Aquino‘s sister-in-law. He lost in his bid amid reports of election irregularities. On September 19, 1987, after the failed coup attempt led by Col. Gregorio Honasan, Alejandro announced plans for a major demonstration against the return to fascism. Returning by car to the headquarters of BAYAN, he was fired upon by a gunman instantly killing Alejandro. One suspected that the assassination had been in the angle of Marcos loyalists from the Philippine Army, but no one was arrested for the assassination.