More than 100 personnel of the Philippine National Police from the regional and Quirino provincial units escorted a diesel tanker and forcibly entered the premises of the Didipio mine of Oceana Gold Philippines, Inc. (OGPI).

Violence erupted when local residents resisted the entry and stood their ground to prevent the entry of the diesel tanker. A barricade has been set-up by local groups in July 2019, when the mining contract of OGPI expired. Financial and Technical Assistance Agreement No. 1 (FTAA #1) expired last June 20, 2019, and has since been left pending at the Office of the President.

Reportedly, the mining company and its escort brandished a letter dated January 2020 from the Office of Executive Secretary Salvador Medialdea endorsing the entry of fuel trucks inside the mining area.

This forced entry of the diesel tanker is illegal and against the people of Nueva Vizcaya. The mining contract has expired so there is no activity allowed inside the mine. The local governments have not given any permit for the mining company to operate. The area is part of the Enhanced Community Quarantine (ECQ) order of Pres. Duterte, therefore no work activity is permitted.

This is a clear violation of the work-stoppage, the physical distancing and the quarantine procedures imposed by the ECQ in the whole Luzon island.

More importantly, the barricade set-up by local organizations DESAMA, BILEG, AMKKAS, and SAPAKKMI is a clear indication of the rejection of the people to the continued illegal operations of OGPI in Brgy. Didipio.

We call on the Commission on Human Rights (CHR) to immediately conduct an investigation of this tragic and unnecessary confrontation. We demand that DENR urgently issue a cease-and-desist order to OGPI on their illegal operations in Didipio. We insist that the DILG conduct an investigation on the conduct and performance of PNP elements in Region 2, Quirino Province and the Municipality of Kasibu, but specifically violations of the quarantine rules by the OGPI itself.

The use of violence by the police today is a reflection of the blind and draconian measures that this government is willing to use to pursue the greedy interests of the mining industry. The local leaders sustained injuries when the police used unnecessary force in dismantling the barricade. Our alliance strongly denounces this ferocious and aggressive behavior of the PNP against a non-violent and legitimate protest action of Didipio residents.

We note with anger similar instances in the past few weeks of illegal mining activities in the town MacArthur (Leyte), the island of Homonhon in Guiuan, Eastern Samar and clandestine drilling operations in Tampakan, South Cotabato.

We support the continued resistance of the people of Kasibu against the mining operations of OGPI in Didipio. The recent quarantine procedures have harshly impacted the people there when they lost income and livelihoods. Their access to food and health supplies were severely constrained. This violent dispersal has only added more misery to their fragile lives. # 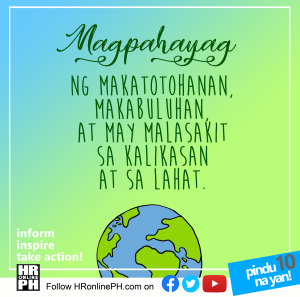