[From the web] Labor groups slam PNP for anti-union stations at ecozones, call on DOLE to enforce FOA -PM 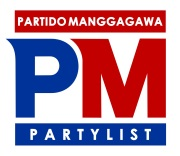 The Philippine National Police (PNP), including its commander-in-chief, the President, cannot infringe on the right of workers to form unions. Doing so will be a clear violation of the Constitution, the Labor Code and international conventions that guarantee freedom of association (FOA), the labor group Partido Manggagawa (PM) said in a statement sent to media.

The reaction came after the PNP regional office in Central Luzon on Friday launched the Joint Industrial Peace and Concern Office (JIPCO) in the Clark Freeport Zone that will serve, according to Central Luzon police Chief Brigadier General Rhodel Sermonia, as “the first line of defense from radical labor infiltration of the labor force and the industrial zones.”

PM, a member of the country’s biggest labor coalition Nagkaisa!, demanded that the PNP, PEZA and OPA withdraw the program and for DOLE to enforce labor laws in ecozones, educate officials of the bureaucracy and security forces on labor rights, and prosecute the violators whether they are state officials or owners of capital.

“These officials were appointed to their offices to promote and defend the Constitution. But the launching of JIPCO is very clear on its purpose – to violate the Constitution. Therefore under the context of ecozones, it is clearly the first line of defense of foreign capital and not of the labor force,” lamented PM chair Renato Magtubo.

He added that “Even before the launching of JIPCO, ecozones in Central Luzon have been militarized. Soldiers harassed union leaders and held anti-union meeting with workers of the FCF Manufacturing Corp., a factory in the Freeport Area of Bataan that makes high-end leather bags.”