MANILA, Philippines – The first unit of several mobile kindergarten classrooms of the Department of Education (DepEd) and Bagong Henerasyon party-list group was launched yesterday in a public elementary school in Quezon City.

The mobile unit is a customized truck equipped with furniture and classroom paraphernalia as well as air conditioning. It could service up to 24 students.

The first unit will be used at the President Corazon Aquino Elementary School in Batasan Hills, Quezon City but more units are expected to be rolled out to service schools with classroom shortage.

DepEd will provide teaching materials to volunteer teachers for the program.

The President Corazon Aquino Elementary School has 632 kindergarten students crammed in four two-hour shifts, with the fourth shift lasting up to 6 p.m. daily.

In a ceremony yesterday, Education Secretary Armin Luistro signed a memorandum of agreement with Bagong Henerasyon party-list group headed by Rep. Bernadette Herrera-Dy for the implementation of the project.

“This is how the DepEd implements K-12 program of P-Noy, an honorarium of P3000 which is always delayed.” Said Emmalyn Policarpio a teacher of Valenzuela City and the group’s Spokesperson. 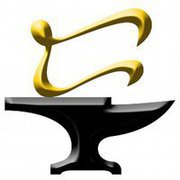 The national monitoring made by the TDC revealed that almost all the teachers under the kindergarten program have not been paid since June 2011 and still, some teachers who served in the summer kinder program have yet to receive their compensation. The group said that this only shows the government’s unpreparedness for the ambitious K-12 program or the 12-year basic education program which features the kindergarten in its initial phase of implementation.

“We appreciate the effort of the DepEd especially Sec. Armin A. Luistro to institutionalize the kindergarten program, but never at the expense of the welfare of our teachers.” Added Policarpio.

The TDC has been lobbying for a free and universal pre-school education which according to them would eventually resolve learning discrepancies among pupils,  one of the major reasons for kids in dropping out from the primary school.

“If the government is sincere enough to reform and improve the public education system, it should have been manifested in the education budget for the 2012. Unfortunately, the government only set aside P1.9 billion allocation for pre-school program of the DepEd.” Policarpio furthered.

TDC members last week troop to the House of Representatives to lobby for a higher budget for education and an allocation of enough funds to cover the shortages in teachers, classrooms and books among others. They challenge the legislature and the president to raise the socio-economic status of teachers by providing decent salary and other incentives for them.

“While we appreciate the president’s recognition of teachers thru his proclamation of national teachers’ month, we challenge him to do more tangible and concrete measures to improve the system.” Policarpio ended. #
Reference:
Emmalyn Policarpio
TDC Spokesperson
09173835428