Posted on May 1, 2014 by Human Rights Online Philippines Leave a comment

On Poverty Reduction, Don’t Fool Us with Your Statistics: Anti-Poverty Group Tells Government

“Don’t fool us with your statistics!” said the Global Call to Action Against Poverty (GCAP) Philippines. This is said in reaction to the report released by the Philippine Statistics Authority that poverty incidence went down to 24.9% of the population in the first semester of 2013.

According to GCAP Philippines, the change in the figure is due to the different metric used in measuring poverty incidence – from the usual Family Income and Expenditure Survey (FIES) to Annual Poverty and Indicator Survey (APIS). Going by the FIES, the poverty incidence increased in 2006 and has remained high even after three years into the Aquino Administration.

“We challenge the government to come clean to the public in trying to maneuver the statistics on poverty. We believe that changing the method is highly questionable”, asserted by the GCAP. Nevertheless, no matter what method is used—APIS or FIES—the government has admitted it will not reach the 16.6 percent target of the Millennium Development Goal in poverty eradication.

GCAP Philippines is out to challenge the government to be realistic in addressing poverty reduction and avoid hiding the reality under the official poverty statistics that is making matters worse for the genuine poor. GCAP Philippines maintains that economic growth, no matter how high, is meaningless if it does not translate into improved quality of life for the average Filipino.

The government officials need to get out of their air-conditioned offices and feel the pressing issues and experienced everyday by the majority of Filipinos. The poor and marginalised still experience inaccessibility of basic services compounded by privatization of government institutions and rampant corruption.

According to GCAP-Philippines, on housing, the NHA and LGUs still prioritize resettlement designs that are only for rent and not for ownership by the urban poor people resettled. Resettlement areas also need to package basic services including sustainable livelihood options needed for decent living.

Furthermore, recent developments in the Pork Barrel case also reveals more allegations of government officials involved in the corruption case, which unfortunately include a big number of elected and appointed officials.

Amongst all these issues of corruption and privatization, etc., the poor are the most vulnerable, yet usually the most left out in the development processes.

To continue to highlight the burning issues of poverty and inequality, and to commemorate the Urban Poor Uprising held on May 1, 2001, GCAP Philippines will continue its traditional Pre-dawn March of the Poor at the foot of Mendiola Bridge. This is to express their protest and discontent at the current state of affairs of the urban poor sector. This is a symbolic commemoration of the Poor Peoples March during EDSA 3 on May 1, 2001.

The group will assemble at 4am on May 1 in San Sebastian Church. A Candle March of more than 100 urban poor delegates and their allies and sympathizers will proceed to the Chino Roces monument where a Solidarity Flower wreath will be put at the foot of the monument. This gesture is to pay tribute to those who perished during the May 1 March to Malacanang in May 1, 2001. GCAP-Philippines refers to them as ‘the nameless and faceless heroes’ of that historic event.

Contact Persons:
Egay Buenaventura of Kasama-Pilipinas at 0915-9654804 or Lucia Velarde of SRCC-MPC of North Triangle at 0930-6237670, member-organisations of GCAP Philippines.

GCAP-Philippines is a movement composed of various grassroots and national organisations in the Philippines working in the sectors of education, health, peace-building, housing and land security, agriculture, governance, participation and access to basic social services for women, youth, indigenous peoples, farmers and urban poor, among others. It utilizes various strategies such as media and mobilization demanding and challenging the Philippine government to live up to its promise to the Millennium Development Goals and to protect and promote the rights of Filipinos to have a decent and dignified life. It is also currently engaged in the Post-2015 processes organising consultations and campaigns, linking with national and international networks and participating in various fora to help ensure that the Post-2015 development agenda truly address poverty and inequality.

Manila, Philippines – For a lot of people rain is a symbol of wealth, but for Filipinos living in the streets, it only means cold, wet, and hungry sleepless nights. Armed with umbrellas and ready for downpour, anti-poverty group, Global Call to Action against (GCAP) – Philippines, asks President Benigno Aquino, if Filipinos having no homes is what he meant when he said in his Independence Day message last June 12 that Filipinos are now free from poverty.

One out of four Filipinos are poor. Seven out of ten Filipinos eat below the required dietary requirement. One out of three Filipino children is not in school, and more than 3.7 million families need decent homes.

“Walang kalayaan kung alipin ng kahirapan (there is no freedom if you are enslaved by poverty),” explains Erning Ofracio, urban poor leader and Executive Committee member of GCAP-Philippines during the Philippine launch of the global campaign on the Ratification of the Optional Protocol for the International Covenant on Economic, Social and Cultural Rights (ICESCR),  “habang tayo’y nabubuhay sa kahirapan, patuloy ang paglabag sa ating mga karapatan (for as long as we live in poverty, our rights are violated).”

“Official data already show a bleak picture, but the reality is much worse,” adds May-i Fabros, Project Coordinator of GCAP-Philippines, “because current official statistics do not reflect the invisible sectors- those living on the streets, the transient and ambulant poor, internally displaced persons, and indigenous peoples, whose rights are systematically being violated.”

The Philippine government signed the United Nations treaty,the International Covenant on Economic, Social and Cultural Rights, thirty-five years ago, which obligates them to respect, fulfill, and protect the Filipinos basic right to food, housing, education, health, decent work, self-determination, among others. However, it has yet to ratify the Optional Protocol, which is an international accountability mechanism that will enable Filipinos to air their grievances to an independent, international panel of experts, after exhausting all legal measures in the country, and yet still do not agree with the legal decision of the judicial system. The Optional Protocol provides another arena for individuals or groups to seek legal redress on human rights violations at the international level.

“Poverty is both the cause and effect of human rights violations, but the worsening poverty and inequality scenario could be reversed if there is a genuine anti-poverty agenda that targets the structural causes of poverty, and not just band-aid solutions such as the conditional cash transfer program which nurtures mendicancy, benefits a few, and does not trickle down to the invisible sectors,” continues Fabros.

“Gayunpaman, sumasang-ayon kami kay President Aquino na kailangang ipaglaban ang kalayaan, kaya’t iginigiit namin ang karapatan naming mabuhay ng malaya sa kahirapan at sinisingil namin ang kanyang pangakong ipaglalaban niya kami, na kasama namin siya sa laban (Nevertheless, we agree with President Aquino that Filipinos have to fight for freedom, so we claim our right to be free from poverty and demand him to stick true to his promise that he will fight for us, along with us),” says Ka Erning, “PNoy, sign the Optional Protocol to the International Covenant on Economic, Social and Cultural Rights, implement structural changes through a genuine anti-poverty agenda that is beyond dole-outs that will free us from poverty – invest in jobs and social services.”

“If President Aquino is true to his words that he will create the conditions to combat poverty and hunger, then he should not be afraid of the Optional Protocol, by signing, he is actually leading the way to his matuwid na daan (the right, corrupt-free, accountable and transparent governance path).” ends Fabros.

For the urban gypsies who live in the streets of Manila, rain also creates a lot of possibilities. If the Philippine government ratifies the Optional Protocol to the International Covenant on Economic, Social and Cultural Rights, the invisible voices can finally be heard.

[GCAP-Philippines is a citizens movement that utilizes various strategies such as media and mobilization by demanding and challenging the Philippine government to live up to it’s promise to the Millennium Development Goals and to protect and promote the right of Filipinos to a decent and dignified life.

Demand Our Rights, Enforce Our Rights, Ratify the Optional Protocol to the International Covenant on Economic, Social and Cultural Rights!] 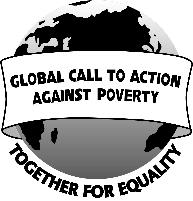