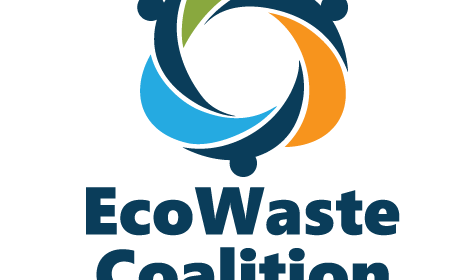 Simon, a customs official with 31 years of distinguished service in the government sector, is the lone recipient of the group’s first-ever “Environmental Justice Award” coinciding with the national observance of “Zero Waste Month” this January.

According to Eileen Sison, President of the EcoWaste Coalition, Simon is recognized “for his exemplary leadership, unfaltering dedication and focused action to protect public health and the environment from hazardous wastes from overseas, particularly in relation to the successful re-exportation in 2019-2020 of some 7,408 metric tons of illegal waste shipments from South Korea.”

“Simon’s decisive and unyielding action to uphold our country’s tariff and customs and environmental laws and the provisions of the Basel Convention on the Control of Transboundary Movements of Hazardous Wastes and Their Disposal led to the completion of the re-exportation procedures last September 15 amid the COVID-19 challenges,” she said.

“I’m deeply honored to receive this special citation from the EcoWaste Coalition. This award from a non-profit watchdog group on chemicals and wastes will surely inspire my fellow customs officials and employees to persevere in our role as protector of our nation against foreign waste dumping,” said Simon.

“Environmental justice demands that we assert our sovereign right not to be treated as dumping ground for wastes from abroad that can put the health of our people and that of our ecosystems in harm’s way,” he emphasized. “This job is too big for one agency to accomplish, so I reach out to all sectors, especially to the environment department and Congress to take on this challenge and strictly ban waste imports like what other Asian countries have done.”

In a video message, Presidential Communications Secretary Martin Andanar hailed Simon as “a model in an office that most requires brave idealism.” He said: “One man stood to protest, fight and have the South Korean garbage returned to its country of origin. He braved diplomatic problems, armed with the law and port regulations, and consequently succeeded to uphold what is right by international and domestic practices and, most importantly, by what is just.”

To prevent a repeat of foreign waste dumping incidents, Marian Ledesma, Campaigner of Greenpeace Philippines, pointed out that “a comprehensive waste importation ban is crucial for the Philippines as countries close their borders to foreign waste.”

“Exemptions and loopholes in our current regulation still allow the entry of dangerous substances. And so, Filipinos and the natural resources we rely on remain at risk for harms and contamination brought about by foreign waste. We cannot afford to become a prime destination for the world’s trash, as we end up shouldering the health and environmental costs of waste trade. To protect the country from future exploitation, the Philippine government must prohibit waste importation altogether,” she said.

To recall, contaminated waste shipments, falsely declared as “plastic synthetic flakes,” exported by Green Soko Co. Ltd. and consigned to Verde Soko Philippines Industrial Corp. arrived in Misamis Oriental in July and October 2018 without prior import clearance from the Department of Environment and Natural Resources.

Authorities confirmed the shipments as “misdeclared, heterogenous and injurious to public health” and in blatant violation of Republic Act 10863, or the Customs Modernization and Tariff Act, and DENR Administrative Order 2013-22, which states that “no importation of heterogenous and unsorted plastic materials shall be allowed.”

According to both the EcoWaste Coalition and Greenpeace, “ratifying the Basel Convention Ban Amendment and preventing the entry of all waste imports into the country (including waste labeled for recycling) is the best strategy for countries such as the Philippines to protect its citizens and the environment from the harmful impacts of waste dumping.”

The Basel Convention Ban Amendment, which entered into force on December 5, 2019, prohibits the export of hazardous wastes from developed to developing countries.